Researchers from UCT's Drug Discovery and Development Centre, H3D, have identified a potent new anti-malarial development candidate with potential for both treatment and prevention of malaria.

The compound, referred to as UCT943, is the second preclinical candidate to come out of the collaboration led by H3D, which involves the Switzerland-based Medicines for Malaria Venture (MMV) and an international network of partners.

UCT943 has the same molecular target as MMV048, a promising new compound researched by an international team led by H3D and selected for development in 2012. The data so far shows that UCT943 may be more potent against the malaria parasite, and may be easier to formulate. These aspects will be the subject of the next studies, and will ultimately need to be validated in humans.

“Like MMV048, UCT943 has potent activity against all stages of the malaria parasite life-cycle and has the potential to block transmission of the parasite from person to person and, as such, could contribute to the eradication of malaria, a disease that claims the lives of around half a million people every year,” said Professor Kelly Chibale, founder and director of H3D.

“The pre-clinical assessment of UCT943 is expected to take around 18 months, after which the hope is that it will progress into safety studies in human volunteers,” said Professor Chibale.

“Given the threat of drug-resistant strains of malaria it's important to have a strong pipeline of new types of molecules,” said Dr Timothy Wells, MMV's chief scientific officer. “Kelly Chibale and his international team of experts have made huge progress over the last four years. We look forward with great enthusiasm to following the progress of UCT943: it has great potential not just for treating malaria but also providing protection against infection.” 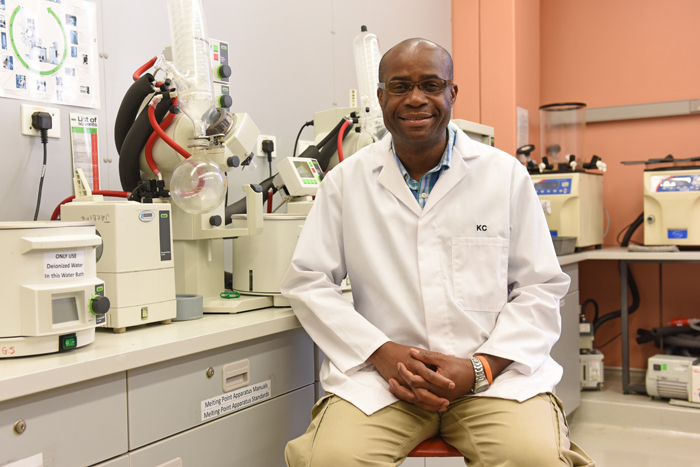 Naledi Pandor, the minister of science and technology, said, “The Department of Science and Technology is proud to be associated with the research done by Professor Chibale and H3D, and will continue to support their remarkable work. Their research is proving to be a valuable resource for the country and a vital asset in the training of the African scientists who will lead our continent's research and development in years to come.”

Malaria can kill within 24 hours of symptom onset.

There were 214 million new cases of malaria worldwide in 2015, with 88% of these cases occurring in Africa.

H3D is Africa's first integrated drug discovery and development centre. When H3D was first launched in 2010, it was a team of five academic postdoctoral research scientists. Now, H3D has grown to a team of over 50, attracting industry-experienced drug discoverers from pharmaceutical companies based in India, the USA and Europe. It is also helping to train a new generation of African scientists, creating strong foundations for the future.

“We are creating an industry that wasn't in South Africa before, discovering exciting new molecules that are being developed into medicines. This industry we are creating is contributing to the Department of Science and Technology's bio-economic strategy. It will also increase our ability to create science jobs and use science for the development and benefit of our people. We've managed to attract millions of dollars of foreign direct investment and create career opportunities for graduates,” said Professor Chibale.

Vice-Chancellor Dr Max Price said, “Delivering two preclinical candidates within five years is an outstanding record by international standards, especially for a drug discovery centre based at an academic institution. The value of a second candidate signals that the first compound was not a one-off, but part of a sustained and systematic programme.”