Established in 1981 by the National Arts Festival, the annual Standard Bank Young Artist Awards are given to emerging South African artists who are making a unique contribution in their respective fields within the arts. Only five were awarded in 2016.

Jade Bowers, who graduated from UCT in 2010 with a BSocSci majoring in sociology and drama, currently works as a theatrical rights administrator at the Dramatic, Artistic and Literary Rights Organisation. She also runs her own production company, specialising in directing, designing and stage management.

Her work includes being part of the team that staged Ashraf Johaardien's adaption of K Sello Duiker's The Quiet Violence of Dreams, a solo work Salaam Stories, and her reworking of Rehane Abrahams's script What the Water Gave Me, which earned her a Silver Ovation Award at the 2014 National Arts Festival.

Bowers was also named one of AfriPop's Five Female Theatre Makers in South Africa You Should Know. 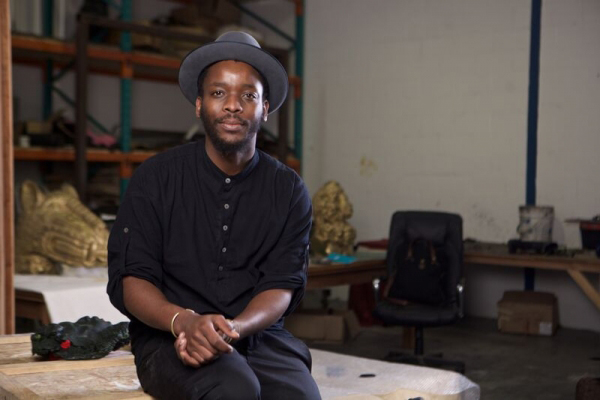 Mohau Modisakeng obtained a BFA from UCT in 2009 and has received numerous accolades for his work to date. In 2011, he scooped the coveted Sasol New Signatures award – the longest running national art competition in South Africa. Solo exhibitions at Kunstraum Innsbruck in Austria and at Big Pond Artworks in Munich, Germany followed.

His work has also been exhibited in Lagos, Nigeria, at the Archer Gallery in Vancouver, Canada, and in Cape Town at the Chavonnes Battery Museum in partnership with Zeitz MOCAA. He has also exhibited at the 56th Venice Biennale which took place in 2015.

Modisakeng's work highlights the position of the black body situated in the violent context of South Africa's past and present.

Read the full article on the Faculty of Humanities website …