This sitting of Student Parliament was well attended with 87% of the members present.

Vice-Chancellor Dr Max Price presented the draft strategic plan for 2016–2019, highlighting the main focus areas: institutional culture, Africa and international, engaged scholarship, graduate attributes and research. The strategic plan will be sent to Senate in June and to Council by the end of June for sign-off and will guide the university over the next four years.

Rhodes Must Fall member Wandile Kasibe enquired directly about the students who are currently facing exclusion and disciplinary action. He questioned why their contribution as student voices is contradicted by their exclusion from such meetings, especially when considering that they played an integral part in contributing to transformation in the university.

In response, the VC concurred that the students' contribution was relevant, but emphasised that their contribution in protesting could not be accompanied by illegal conduct. The process of student input has not been compromised, however, as other students and student bodies have contributed, and are still contributing, towards the draft strategic plan.

Dominic Schorr, chairperson of the Engineering and the Built Environment undergraduate faculty council, questioned why the word “decolonisation” is not prominent in management's communication of the strategic plan. 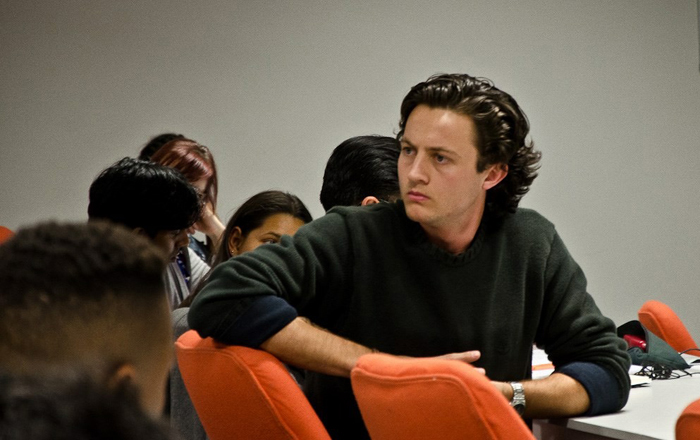 Dr Price referred to an article he wrote with Dr Russell Ally, which looked at whether decolonisation and transformation are contradictory or whether they can be reconciled.

Dr Price closed off the strategic plan discussion by stating that the university is open to criticism and discussion on ways to make the plan more effective.

Other matters addressed were the new draft of the SRC Constitution, which received Student Parliament endorsement and was approved unanimously by the house. Student Parliament was given an opportunity to question the SRC on its activities and students raised issues related to funding and representation on university committees.

Campus safety was also discussed. Tayla Karsten, the SRC chair of health and safety, is expected to bring feedback on proposed self-defence classes, improving the blue routes, the SRC safety app and its stages of implementation, and the introduction of the UCT student helpline in conjunction with the Student Wellness Service and the South African Depression and Anxiety Group.

Chungu pointed out that Student Parliament has taken measures to transform the parliament from merely discussing issues to making decisions on how to address the issues. He emphasised that an oversight subcommittee made up of representatives from each sector of student governance had been set up in order to hold the SRC accountable. The subcommittee is scheduled to hold meetings more than four times a year and will ensure that Student Parliament is more effective.

Chungu also said that the SRC should work with the Student Parliament subcommittees and task teams in order to serve students more effectively.