How did the universe evolve? What is the nature of reality? What is the role of our presence in the universe? Are we alone? These are some of the questions the world's top astronomers are hoping to answer with the Square Kilometre Array (SKA), the world's biggest telescope that is being built in the Northern Cape.

"Radio astronomers will use the Square Kilometre Array (SKA) to understand how stars and galaxies are formed, how they evolve over time and whether there is life elsewhere in the universe. It will answer questions we have not even asked yet," Professor Russ Taylor, UCT/University of the Western Cape SKA Chair, told an enthralled audience at UCT's first Café Scientifique talk for 2016.

The SKA can do this in a way that no technology has been able to do so before: "To explain to story of SKA," says Taylor, "I will have to start at the very beginning."

"Radio astronomy is still a young science. It first took off in the 1940s and we enjoyed a golden era of radio astronomy for the next few decades. There was an interplay of advances in technologies and new discoveries in science and many Nobel prizes were awarded. It was a very exciting time of discovering new things about the universe."

This wonderful era, however, came to an end around 1980, when astronomers ran into a technology wall. "This was around the time when I got my PhD. We couldn't build bigger telescopes and we couldn't build more sensitive electronics, because we simply didn't know how at the time," Taylor recalls.

"We realised that, despite all the discoveries and advances in astronomy, we actually still knew very little about the universe. The light that we could see with our optical telescopes was in fact a very small fraction of what the universe is made of. The real mysteries of the nature of the universe were not in the places we would see light, but in the dark regions between the stars and the galaxies, the stuff we call 'dark matter'. It's like seeing the foam on top of the ocean or the tip of the iceberg. Most of the universe is not in the stars and galaxies. It's in what we can't see." 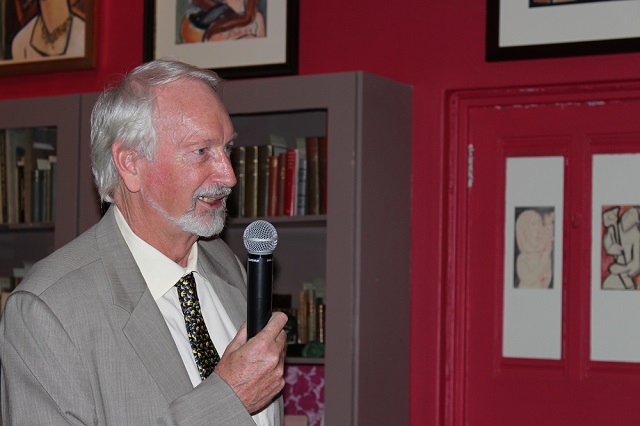 Taylor explained that astronomers at the time realised they would need a telescope that was at least a 100 times bigger than anything that existed at the time; to do that with the technology available at the time would have cost US$100 billion dollars.

"So we had to figure out how to build new telescopes over very large areas, very cheaply, but still with high performance. We also had to harness the new advances in computing and digital technologies to allow us to make use of that big area to collect images all the way back to the beginning of time."

What was the dream of a small group of astronomers in the early 1990s grew over the next decade into a global project with 22 countries working at 122 institutions in the world, all trying to find solutions to the huge technological challenges for such an ambitious radio astronomy project.

Potential sites to build the SKA were explored and finally South Africa and Australia were identified as the sites to build the world's largest telescope with a total collecting area of approximately one square kilometre (or one million square metres).

In much the same way that you tune your radio to listen to your favourite station, radio astronomers can tune their telescopes to pick up the radio waves that come from distant galaxies.

Says Taylor: "With the SKA, we will have enough sensitivity to detect the kind of radiation we produce on planet Earth elsewhere in the galaxy. Within a year, SKA would be able to look over a large part of the galaxy for evidence of other civilisations as our own."

However, Taylor is also helping to find solutions to a huge challenge that still remains: how to use the data received.

"We are creating a monster. SKA will be the biggest data producer in the world when it goes on. It will produce so much data that we will be completely overwhelmed if we don't figure out a way to process all that information. The answer to our biggest science questions will be in this data: life, the universe and everything."

Taylor explains that a huge amount of money is currently being invested in the development of new technologies in computing and systems and in the training of people who will be able to understand and process this big data.

"UCT has begun to work in partnership with the universities of the Western Cape and North-West to build a university collaboration around solving those problems and building the capacity in South Africa."

This Inter-University Institute for Data Intensive Astronomy (IDIA) partnership, launched in September last year with Taylor as its director, will develop crucial capacity for big data management and analysis.

So, when will all this be done? And when will we know if there is other life out there?

According to Taylor, this could be in as little as 10 to 12 years. "MeerKAT, which is only 1% of the SKA, will be completed next year. The next 9% of SKA will be finished around 2023 or 2024. With 10% of the project completed, there is a good possibility to discover some form of life out there. If that doesn't do it, we will complete the final 90% of SKA by 2030 at the latest. Once we have the full SKA up and running, we will definitely have an answer."