Can the global dominance of Western rhetoric be challenged?

Western rhetoric has become globally dominant since the end of the Cold War, but the rise of the Islamic State might be an example of a voice of dissent that is challenging the “global drone of Western modes of argument,” argues Philippe-Joseph Salazar.

A couple of weeks before the Paris terrorist attacks in November last year, Philippe-Joseph Salazar, distinguished professor of rhetoric at UCT, published a book examining the persuasive power of contemporary jihadist arguments. The book, titled Paroles armées: Comprendre et combattre la propagande terroriste (to be published as Words are Weapons: Inside ISIS's rhetoric of terror by Yale University Press), won France's prestigious Prix Bristol des Lumières award on 12 November 2015, just one day before the attacks occurred. In the wake of the terror attacks, the book has been praised for its rationality and rigour, and Salazar has been characterised as a cool voice of reason amid often hysterical reactions from political, religious and media figures. Its Italian publication, in January, met with overwhelming praise in the Peninsula's print and television media (Parole Armate, Bompiani).

Salazar takes no pleasure in his prescience. In his view, Western governments and societies need to acknowledge the Islamic State – or as he would have it called, the Caliphate – as an organised, intelligent entity, capable of rational conviction; rather than as a chaotic, radical aberration, as he believes it is mostly characterised in Western media.

Why the term 'Caliphate'? There are several reasons, in Salazar's view. Firstly, it is what the Islamic State calls itself; secondly, the term has a recognised meaning in political terminology; and thirdly, Salazar argues that when facing an adversary, it's important to have a widely recognised name for your enemy. In addition, he believes that the quibbling over an acronym or term (IS/ISIL/Daesh) is indicative of the West's lack of clarity of purpose when faced by what is in fact a sophisticated adversary.

Listen to Philippe-Joseph Salazar explaining his critique of the different names given to the so-called 'Islamic State' on Newshour, BBC World Service.

Looking at a wider context, however, as to how the rhetoric of the Caliphate – its patterns of persuasion – fits into global discourse, he argues that the Caliphate is just a particularly urgent example of a philosophy that directly opposes the prevailing system of Western rhetoric that has become globally dominant since the fall of the Soviet Union and communism. The Caliphate, in Salazar's words, “is a pocket of resistance that has flared into a hotspot”, but other such systems – or “residues”, as he calls them – while repressed, still remain.

So what exactly does Salazar consider the “Western mode of argument”? How does he think we arrived at a situation in which this system is so prevalent? And what qualifies him as a judge? 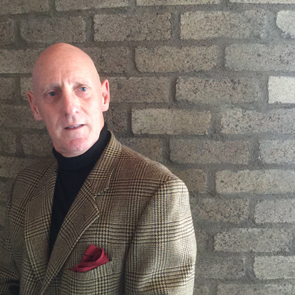 Salazar was born in French Morocco, and grew up to study under such luminaries as Roland Barthes, Jacques Derrida and Louis Athusser. He has dedicated his life to studying different forms and systems of rhetoric, frequently visiting Mexico, Argentina, China and the Maghreb, conducting rhetorical analyses of everything from international organisations such as the Nobel Prize committee to South Africa's Truth and Reconciliation Commission, and publishing works on France's long-standing relationship with Islam and the role of rhetoric in public affairs.

As for what constitutes the Western mode of argument, Salazar argues that modern democracy has its roots in the Enlightenment. “If you take Locke and his ideas on the necessity of being a member of a community of equals, combine this with Voltaire's ideas on extending humanity to include reasoned tolerance, and then look to Kant for the concept of publicity, or the importance of public life, you have woven together the threads of our contemporary Western respect for freedom and equality,” he says. “Add rhetoric as a tool to apprehend and comprehend public discourse, and you have what Aristotle called 'political science' – that is, both the art of politics and its study.”

The rise of Western modes of argument since 1945

The result, in Salazar's view, has been to diminish the diversity of the modes of argument heard in contemporary global discourse. “Nowadays, at NATO or UNESCO or any other international organisation – public or private – we repeat the same arguments all the time, without having any possibility of any radically different modes of argument being expressed,” says Salazar. “You might expect China to provide an alternative viewpoint, but this is not the case; because China, in its interaction with the West, has also adopted our modes of argument.”

In other words, do we no longer have access to any dissenting voices in world debate?

“Not quite,” says Salazar. “Within this vast droning of rhetoric there are pockets of dissent and residues of other forms of thought, although they have been repressed.” The term 'residues' is one that Salazar borrows from the Italian sociologist and economist Vilfredo Pareto, and his idea of residues and derivations. “People act on the basis of sentiment,” explains Salazar, “but find logical justifications to explain their actions. These 'residues' are mental forms we wish to push away; however,  they can come back surreptitiously, and often with a vengeance.”

“Arabic-Islamic rhetoric is 'analogous': it reasons through drawing analogies,” Salazar explains. In his opinion, the Caliphate is an example of such rhetoric, and this distinction is one of the reasons the West has been caught by surprise by the Islamic organisation. “Take for instance our inability to comprehend why, in the Arab-Muslim rhetorical world, the use of poetry, hyperbole, and the flowery language is part of rational argumentation. Instinctively, we discard imagery as superfluous, non-logical; hence, persuasively invalidated. The Caliphate's huge media library is in a way a celebration of poetry – violent, yes; but read Shakespeare, and see for yourself how powerful that residue is.”

South America is interesting to Salazar, because many South American countries have a strong history of populism. “Despite the recent election in Argentina of a liberal candidate, many countries in South America display a form of populism that crosses borders, in a way, and even explains the present Pope's political views.” For Salazar, populism is therefore a template to understand how “a jihadist nation” is rising worldwide, slowly but surely, “which we do not want to see, because we still equate 'populism' with a particular people. Our own rhetoric fails us.”

In the case of China, Salazar recognises that in its external interaction, the People's Republic of China has adopted a Western rhetorical approach; however, particularly in its internal communication, traditional forms of argumentation still hold sway – and have political significance. A close study of inauguration speeches by Xi Jinping, delivered for high-level home audiences, shows a re-utilisation of the Mandarin culture of phrasing an argument in nine parts. “We do not perceive it, because we do not conceive it,” says Salazar. “The job of rhetoric is to make us aware of such different rhetorical modes, and why they return to service or remain active.

“Western media analysis of such speeches is doomed to overlay them with our own conceptual pattern; and faced with the complexity of Chinese rhetoric, we fall back on the triteness of 'a new era has begun'. Has it?”

Will these residues rise to prominence?

In Salazar's view, some of these forms of resistance – such as that presented by the Caliphate – promise long-term conflict with Western modes of argument. “The Caliphate may be contained, or perhaps defeated; but its immense media library will continue to inspire, because it has reactivated and projected on the world scene rhetorical forms that we in the West despise, as archaic or irrational. We'd better realise that the Internet, which we think we master because we created it, is merely a utensil: it has been turned, masterfully, against those with whom jihadism is at war; not unlike the way the cyborg created by Dr Frankenstein turned against its creator. Thanks to Silicon Valley's commercial self-centredness, the inspirational rhetoric of ISIS – the Caliphate – is there to stay. For ever.”