When Dr Katye Altieri set out in her postdoctoral research to understand the effects of air pollution on oceans, nobody anticipated the results. A recent paper in the Proceedings of the National Academy of Sciences (PNAS) highlighted how little researchers actually understand about the complex relationship between the oceans and the atmosphere. And it's proven an emphatic justification of the interdisciplinary road this newly P-rated researcher has taken from the start of her career.

“The truth is, we know very little about the effect of air pollution on the oceans,” says Altieri, now a senior research officer at the Energy Research Centre (ERC) at UCT. What previous models predicted – and researchers expected to find – was that nitrogen pollution, which comes from both fossil fuel combustion and agricultural activities and is in fact a fertiliser, was effectively 'feeding' the microscopic plants that live in the surface of the ocean. This pollution would lead to additional plant growth, and subsequent absorption of the harmful CO2 that humans are emitting to the atmosphere.

“What we found is that the assumption that the nitrogen reaching the ocean is all from pollution is completely untrue,” explains Altieri. “It is a common mistake to think of the oceans as a bucket, passively absorbing the air pollution that blows off the land.” Instead, the researchers found, the atmospheric and marine systems have their own dynamic nitrogen cycle, of which anthropogenic (originating from human activity) air pollution forms only a small component. Only about 27% of the total nitrogen deposited in oceans is from human sources, a far cry from the 80% suggested by atmospheric models. This finding has important implications for our understanding of the oceans' role in absorbing CO2 from the atmosphere. 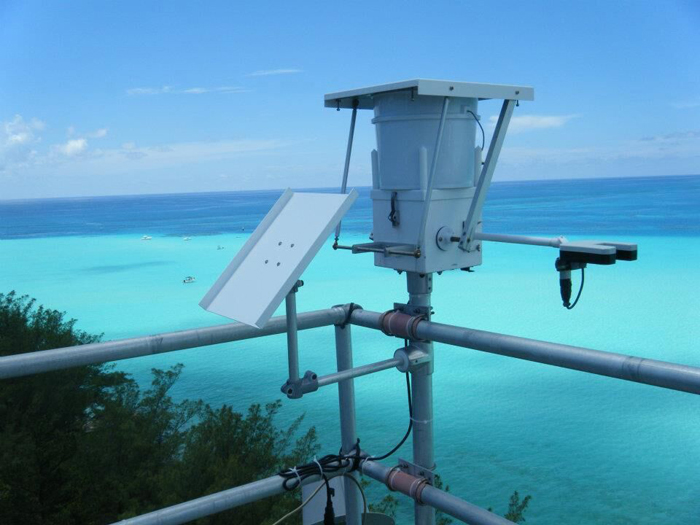 An automatic precipitation collector, mounted on the Tudor Hill Marine Atmospheric Observatory in Bermuda, was used in the PNAS study to collect daily rain events.

“If we're not putting as much new nitrogen into the open ocean, then we're not stimulating carbon drawdown, so the impact on the carbon cycle is diminished,” says Meredith Hastings, Altieri's co-author on the study and associate professor of Earth, Environmental and Planetary Sciences at Brown University, quoted by Health Medicine Network . “The models are clearly not getting this right. We are lacking some understanding here, and that is very interesting to explore.”

The known unknowns in complex systems

Ironically, it was the realisation of exactly how much we still don't know about the world, and the desire to answer previously unanswered questions, that inspired Altieri to follow the path of postgraduate research.

Altieri majored in chemistry at the College of New Jersey (USA). While still in her undergraduate years, she was required to complete a research component for the degree. “Most of the other students focused on pharmaceutical-type research, which didn't really interest me,” she says. So she looked around at what was on offer at Rutgers, the large public university nearby. She was quickly drawn to the applied chemistry offerings in their oceanography department. “I think initially I thought I could spend my days surfing instead of doing laboratory work, which seemed really appealing,” she says jokingly. But she quickly became riveted by the work they were doing, and completed her fourth year under the supervision of a professor at Rutgers.

The laboratory was focused on organic chemistry, looking at the composition of organic molecules in the environment. When she began her research there, Altieri was amazed to find out that science still cannot list the organic molecules contained in a single drop of sea water. “There is just so much complexity in the environment,” she explains. “If you take a drop of sea water – or even river water – it will contain a couple of thousand organic compounds of varying concentrations. We call it the black box of organic matter: we can measure the total organic carbon concentration, but we cannot list the individual compounds; it is simply too difficult.”

Altieri was enthralled. “I think this is quite a typical start to a research career. In your undergraduate years, you are learning about what people already know; and then you reach this point where you start learning what we don't know, and that's where it gets intriguing.” 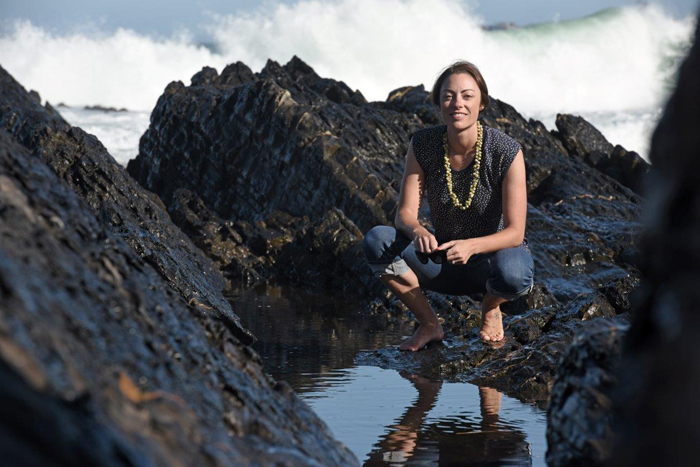 Altieri opted for the interdisciplinary road relatively early in her research career, working on a research project located between atmospheric chemistry and oceanography for her PhD. This meant she took coursework in both disciplines, such as chemical and physical oceanography, atmospheric chemistry and air pollution. “In my experience, the really interesting research questions are located between the disciplines,” she says. “For instance, oceanographers don't pay attention to what happens above the ocean, while atmospheric chemists are not interested in air pollution once it leaves the continent. So off the land and above the ocean you have this whole space that is just wide open for research.”

And, as Altieri's recent publication proves, these spaces between disciplines are far from irrelevant.

Altieri says that while she loved her postdoctoral research, she was still not sure a career in the strictly physical sciences was right for her. During her postgraduate and postdoctoral research years, she began to feel an increasingly strong pull to shift her work to something more policy-oriented.

“You can get so focused on details in the physical sciences,” she explains. “Your research will be narrowed down to one particular particle, for instance, and how that particle may or may not impact public health. But then you open the newspaper and read that half of the premature deaths of children under five are due to smoke inhalation from biomass combustion in poorly-ventilated houses.”

Altieri became increasingly interested in practical interventions to save lives. So after her postdoctoral research she decided to add another notch to her interdisciplinary belt, and completed a mid-career master's programme in public policy at Princeton University. The programme gave her valuable insight into how government regulations and economics affect emissions, and moved her research from a heavy focus on physical science to somewhere between the physical and policy sciences. It was this shift that led her to the ERC at UCT, which has a strong focus on interdisciplinarity in the pursuit of targeted and relevant research concerning energy.

Altieri has only been at the ERC for just over a year, but she has certainly not been idle. One of her research focuses has been on shale gas emissions in the Karoo, looking particularly at air quality. She has also been working on an international initiative about 'deep decarbonisation', a project that looks at how to reduce unemployment and improve income distribution in South Africa as part of a move to decrease greenhouse gas emissions. And she has just received funding to study the real health costs, in terms of Rands, of air pollution in South Africa.

While Altieri's research focuses on a number of contentious issues, not least of which is shale gas exploration, she says maintaining objectivity is key to her role as a researcher.

“Do I have an opinion on the issues? No. Can I undertake a study that could help quantify the air-quality effects of something like shale gas exploration? Yes,” she says. “Whether or not I think it should happen in South Africa is not my job. My job is to provide objective information on the scale of the emissions, the trade-offs and the trickle-down effects. As a scientist, if you lose that objectivity, nobody is going to take you seriously.”