Much to celebrate on graduation day

The air of celebration was palpable at the afternoon ceremony of UCT's graduation day. In receiving their degrees, graduands from the Faculty of Health Sciences reached a significant milestone, their reward for years of hard work and sacrifice.

After the academic procession's entry into Jameson Hall, graduands and the audience were treated to a musical item. Maudè Montierre sang the Queen of the Night aria from Mozart's Magic Flute. Montierre, the 2011 recipient of the SAMRO (Southern African Music Rights Organisation) Overseas Scholarship, hopes to become the youngest South African to receive a PhD by graduating next year. 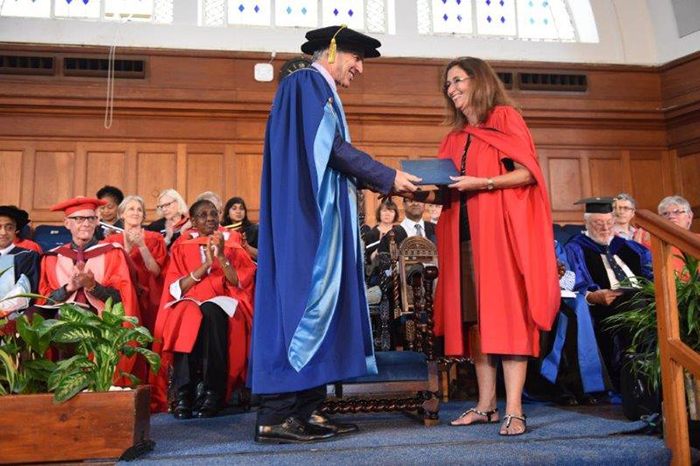 Professor Valerie Mizrahi, director of the Institute of Infectious Disease and Molecular Medicine (IDM) and an international leader in the field of TB research, is one of six academics who became UCT Fellows in 2015. 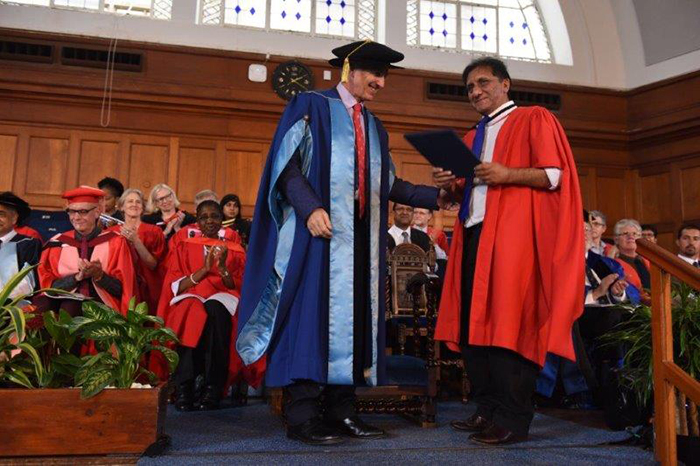 Another fellow, honoured for his contribution to the academic endeavour, was Professor Raj Ramesar – a world-renowned human geneticist from the UCT/MRC Human Genetics Research Unit, Division of Human Genetics, Departments of Pathology and Medicine. 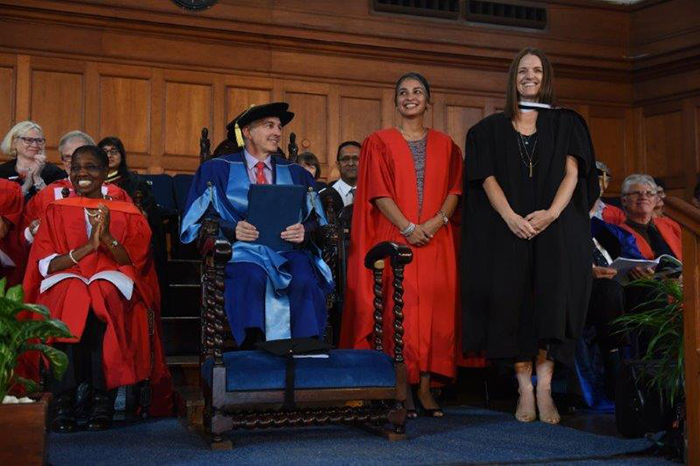 The university acknowledged the work done by Social Responsiveness awardees Associate Professor Roshan Galvaan (left) and Liesl Peters, in reaching out and making a difference in the communities around UCT. 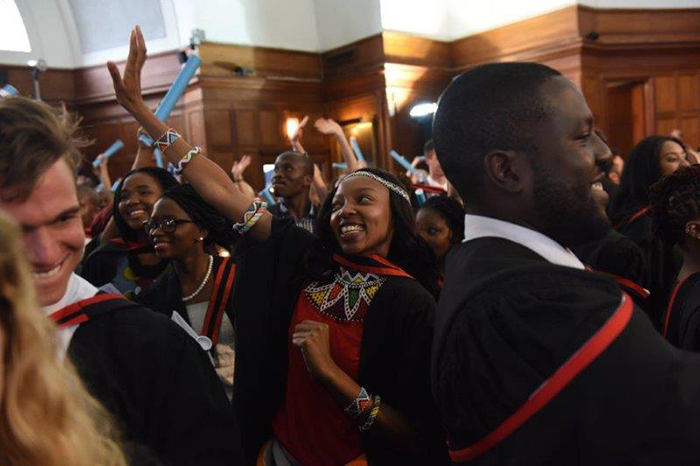 A total of 364 graduands were capped at the afternoon ceremony. Following tradition, Vice-Chancellor Dr Max Price encouraged the graduates to wave their degrees, not only to celebrate their achievement, but also to thanks those who stood by them during their studies.