But, according to representatives from 14 institutions who attended the HAICU sexuality conference held at UCT recently, there was some cause for optimism. Universities such as UCT are working in four key areas: sexuality policy, curriculum initiatives, co-curriculum peer education initiatives, and IEC material campaigns and messaging.

How exactly do tertiary institutions fail LGBTQIA+ communities at present, and what can be done to make them more welcoming and relevant for LGBTQIA+ students and staff in the future?

Looking at the broad context of academic culture, Dr Zethu Matebeni described tertiary academic environments as unwelcoming spaces, saying that while South African academic writing on LGBTQIA+ issues was advanced in the context of the continent, she agreed with the many queer South African academics who had argued that the learning and teaching environments in the country remained conservative and untransformed spaces. "This has contributed to campus culture that is not welcoming or prepared for the needs of LGBTQIA+ people."

This view was echoed by many of the student representatives from organisations like RainbowUCT, the UCT Trans Collective, the UCT Queer Revolution and the on-campus Networking HIV, AIDS Community of South Africa (NACOSA) Higher Education Programme coordinators who attended the seminar and self-identified as LGBTQIA+.

Their shared experiences of stigma and exclusion touched on all aspects of university life, from administrative issues to social life on campus, teaching practices and healthcare. Some examples:

In his keynote address, Prof Dennis Francis from the University of the Free State shared insights gathered from research conducted in high schools into the lives of LGBT* youth. He pointed to the lack of research as a whole into LGBT youth, particularly research in which youths themselves were the primary sources, rather than their teachers, parents or heterosexual peers. 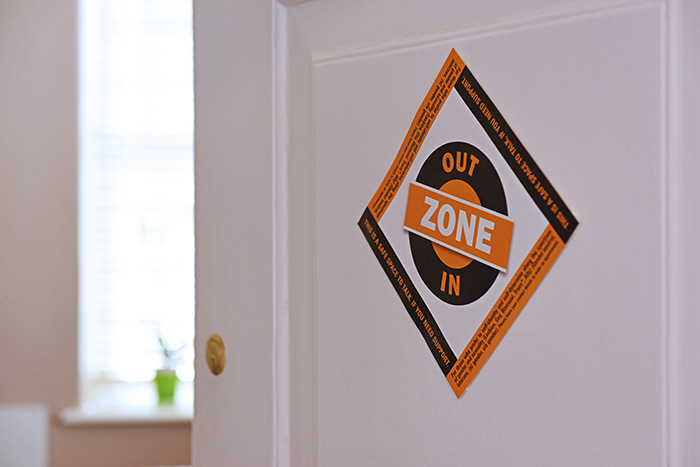 He also explained that what research did exist often did LGBT youth a disservice by discounting their sense of agency while focusing on themes of marginalisation, bullying, victimisation and poor academic performance.

"Sexuality is just one aspect of an individual's identity but this dualism between agency and victimisation that you so often see applied to LGBT individuals denies the complexity of experience of a whole person. It also reduces heteronormativity to the individual level, when in fact we should be looking at it systematically."

It was agreed that healthcare services and particularly HIV counselling and testing (HCT) on campuses around the country had already greatly improved, but that tertiary institutions needed to pay particular attention to the specific healthcare needs of LGBTQIA+ students. UCT's Student Wellness Service has started implementing this approach at UCT.

Marlow Newman-Valentine, who co-ordinates the NACOSA Higher Education Programme in 14 institutions, explained that the NACOSA programmes had started out as specifically catering for the MSM (males who have sex with males) populations, since it has been shown that this population was at greater risk for sexually transmitted diseases. Nonetheless, the NACOSA programmes had soon become more general, as they responded to the wider needs of the LGBTQIA communities on campuses around South Africa.

Likewise, Matthew Clayton from the Triangle Project, presented findings from a research project about gender-based violence against WSW (women who have sex with women). The research showed that the incidence of intimate partner violence amongst WSW was equal to the general population, but that victims of such violence were discriminated against more by healthcare workers and police. Clayton argued that services for this group should be incorporated into HEI sexuality programmes.

Cal Volks of HAICU also shared the success of the UCT Outzone In peer-counselling programme, which harnesses the power of peer-to-peer counselling techniques and a partnership between HAICU and RainbowUCT to support LGBTQIA+ students.

Clinical social worker and sexologist Ron Addinall-Van Straaten also related his experiences of working with trans-sexual individuals and for the need for specific mental healthcare paradigms that included non-pathologising spaces where such people can explore their choices around gender.

Keenan Hendrickse, speaker for the UCT student parliament, suggested that in the case of UCT, any policy on sexuality should be guided by a commitment to be human-centred rather than technocratic, and any response should adhere to the principle of "nothing about us, without us" in order to ensure adequate student participation.

According to Hendrickse, understanding oppression required an emotional response. "Higher education institutions have an integral role to play in creating a just future society. In order to do this they must become better at acknowledging their past failings and the pain of those excluded."

She said, "The situation around former SRC leader Zizipho Pae's comments proved to us at UQR that queer pain is still invalid in institutions of learning. We must therefore find ways to heal ourselves and that starts with refusing to remain silent. We are now calling for UCT to make sensitisation training mandatory for all student leaders."

Speaking on behalf of HAICU, UCT Sexuality and Curricula Officer Sianne Abrahams, said: "The HAICU Sexualities Seminar aimed to bring together researchers and practitioners to share best practice on institutional programmes for self-identifying (LGBQTIA+) students in higher education. We believe it achieved its objective as it provided examples of institutional partnerships, like that found between Rainbow UCT and HAICU, to begin reframing heternormative contexts found within some spaces at UCT."

Lastly, Matebeni posed the following provocation: "I would like to call for a queering of African curricula and scholarship. How else can we appreciate the complexity of geopolitical shifts of the sexual diversities that have existed over time and place on our continent. Can we imagine queer African knowledge created by Africans themselves? If we are to imagine a decolonised university, the African academy would necessarily have to be queered – and the word queer in this context is a verb."

Story by Ambre Nicolson. Photos by Je'nine May.