Why genetic modification is essential for our survival

The use of modern biotechnology, commonly termed genetic modification, is not only safe, if ethically and appropriately done, but will be essential to the survival of the human race in the future.

This was the view of Professor Jill Farrant, UCT Research Chair in Plant Molecular Physiology, at the latest Café Scientifique. At the event, Farrant and a small group of her postgraduate students gave an entertaining demonstration to underscore this point.

Resurrection plants, arguably the world's most drought-tolerant plants, are the focus of Farrant's multiple-award-winning research, and potentially the key to ensuring food security in the face of climate change. But, says Farrant, in order for this to be so, society must overcome its resistance to genetically modified foods.

She argues that the history of 'genetic modification' of food stretches back as far as 7 500 years, when Mexican women discovered that the tiny seed head from a wild grass called teosinte was highly nutritious. They began to use classical breeding to increase the size of the head and the number of seeds on it, which ultimately resulted in what we know today as maize, a staple food for millions around the world.

"This process of conventional breeding, which humans have been doing for thousands of years, takes a long time and is far from an exact science," explains Farrant.

"In traditional breeding, as those Mexican women did with maize, entire chromosomes from one organism are crossed with another and over the years has resulted in chromosome doubling or trebling, gene deletions and duplications and a crop that is highly genetically modified from its ancestor, but considered safe to eat."

Today, modern biotechnology can take individual genes and place them very precisely into the genome. Within a very short time you can actually test the effects of that insertion – and if it's no good, you can remove it.

"To sustain predicted population explosion in the coming decades, we will need a 70% increase in current agricultural practices. Add to this, the predicted desertification effects of climate change on southern Africa, where virtually all our agriculture is rain fed, and it becomes very clear we need to take action now to avoid mass starvation," says Farrant. 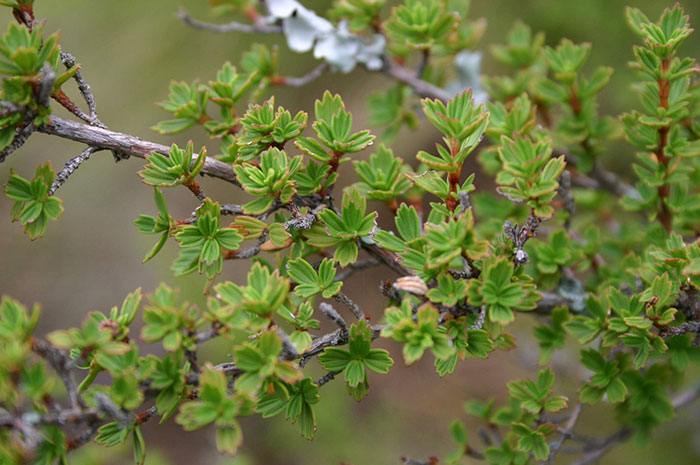 The key to solving this potential food security crisis may lie in the remarkable, but rare, resurrection plants. Such plants, of which there are only about 135 higher plant species documented to date, are the only plants on the planet that can lose up to 95% of their water and still survive.

"That final five per cent of water cannot be lost," says Farrant. "It is structurally bound to the plant."

Resurrection plants can stay in this dry, dessicated state for months – even years – but give them a bit of water and they spring back to life in a matter of hours.

Food crops, on the other hand, have little to no drought resistance or tolerance. The majority of food crops are annuals. In nature, such plants grow only in the rainy seasons, when temperatures are appropriate for vegetative growth (in agricultural parlance, the "growing season").

They survive subsequent periods when conditions are not conducive to plant growth, by producing seeds that are dry (ca 8-10% water) but viable. In this desiccated state, they survive extreme environments until the next growing season, when the cycle starts again.

This means if the rains do not come, or they come late, not only do crops fail in that there is no seed for food, but there are no seeds for planting the next year, a potentially catastrophic outcome for subsistence and small-scale farmers.

"Resurrection plants, rather like seeds, are desiccation tolerant. And our research has shown that there are indeed remarkable similarities in the genetic pathways used in seeds and resurrection plants that enable them to survive this extreme water loss."

The good news, she says, is that they are therefore unlikely to put any unusual genes, like genes from other organisms, into the food crops at all. The difference with resurrection plants is that they turn on these seed genes in their roots and leaves, while most plants only activate the genes when they make seeds.

"What we are trying to do right now is to understand the environmental, sub-cellular and cellular signals that switch on those genes in leaves and roots of resurrection plants, and mimic that process in crops."

If Farrant and her team are successful, they will produce food crops that can survive periods of no or unpredictable rainfall and still flourish when the rains eventually arrive. While it may not be the ultimate solution to questions of food security, it does mean subsistence and small-scale farmers would not need to spend money on buying seeds in case of crop failure.

Farrant is passionate about the ethics of biotechnology and genetic modification. "It is the inappropriate use of the technology, largely for commercialism and greed, that has given this endeavour a seriously bad name," she says. But that does not mean we should throw the baby out with the bathwater.

"Developments in agriculture have always been driven by population growth. As the population continues to grow and climate continues to change, it is getting increasingly important that we produce crops with improved drought tolerance (as opposed to improving only increased resistance, although that too is a vital characteristic). Unlocking the secrets of how resurrection plants activate genes that enable such tolerance, and transferring those properties, through biotechnology to staple food crops may well be Africa's salvation."

Café Scientifique events at UCT are hosted by Research Contracts and Intellectual Property Services and made possible by the generous sponsorship of Spoor & Fisher.