Two inspirational science teachers received the Stella Clark Teachers' Award at a ceremony in the Hoerikwaggo Building, during which their former pupils elaborated on the significant role their mentors had played in their lives.

Stella Clark was an exceptional lecturer in the Centre for Higher Education Development (CHED). After her death in March 2005, family and friends set up the award in her memory to acknowledge her many years of dedicated service teaching students from educationally disadvantaged schools in the Western Cape and at UCT.

Both have previously been recognised by their respective provincial education authorities for achieving 100% pass rates, but the Stella Clark Teachers' Award has special meaning for the veteran teachers because it's their former pupils who put them forward.

At the ceremony, Vice-Chancellor Dr Max Price said the number of nominations that came in made the selection committee's job hard and provided insight into the many hurdles that teachers and learners faced on a daily basis.

He said this annual award acknowledged the work of these talented teachers as the "unsung heroes" who went beyond the call of duty to motivate and inspire their learners. 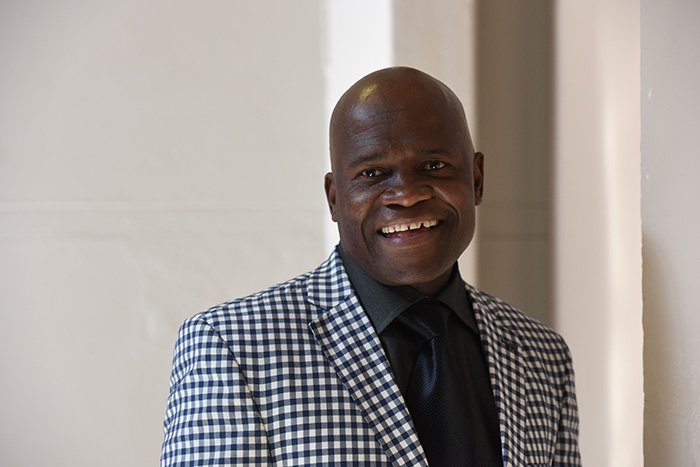 Tshabalala, who has won an award from the Department of Education in Gauteng for the past four years, said the secret of his success was "investing time". "I teach in the mornings, I teach during the periods, I teach in the afternoons. On Saturdays and Sundays, I am there. I arrive the earliest and leave the latest. I don't take my learners for granted."

Another of his techniques was to encourage the students to get involved in teaching each other as a way of bedding down their knowledge. "Knowledge sharing is powerful," is his motto.

De Storie said the award was "unexpected" but an honour for the profession and his school. He stressed the importance of helping learners find their inner motivation and connect the concrete with the abstract, the practical with theory, and the known with the unknown.

He believes in "intrinsic motivation" which allowed learners to "master the subject, the world and themselves".

At the start of each academic year, CHED invites students to nominate high school teachers whom they believe helped make it possible for them to pursue their dream of getting to UCT. The two winning nominations this year were from Yameen Motala, a first-year BSocSci student who matriculated at Harold Cressy, and Blessed Ngwenya, a first-year BSc student who completed his schooling at Lesiba High School.

Said Ngwenya in his nomination about his former teacher: "Despite the multiple roles that he has to play in the system of the school [Tshabalala is also the deputy head of the school], he never fails his learners.

"He is an educator, a father, friend, leader, guide and an inspiration to the youth. Personally, he has taught me a lot, along with my fellow [school] mates and, as such, he has made me a better person in society, which is why I believe he deserves recognition ...

"Mr Tshabalala is the reason why I managed to get a good distinction for physical science and the rest of my subjects. It was his motivation and wise words that kept us going as a class. When we were depressed, for example after a tough test, he was always there to cheer us up and remind us that failure should not act as a source of discouragement but should serve as a stimulus for success.

"Due to the fact that most of us were from disadvantaged backgrounds, he even spent his own money buying us food every time we worked until late (especially on weekends) and for that, I will always appreciate his presence in the education system."

Ngwenya added: "I'm very grateful to have found a teacher like him at high school because if it weren't for him, due to lack of resources and proper information, I wouldn't have made it to UCT." 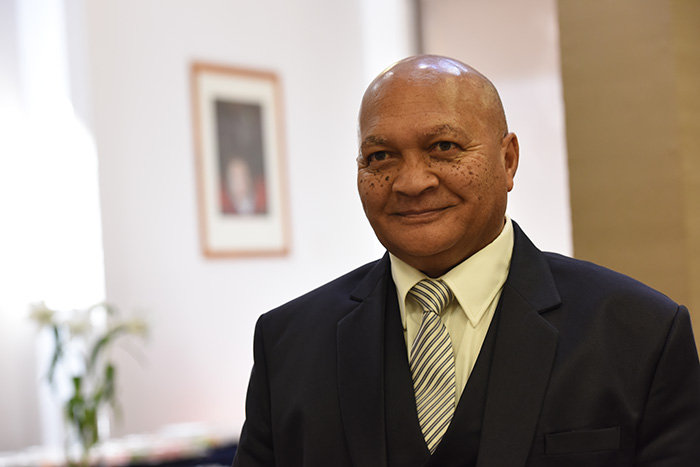 To compile his motivation, Yameen Motala came away with an inspirational story and a 4500-word oral history on a man who was not his subject teacher, but who had stood out and provided him with guidance.

"On finding out about the Stella Clark Teachers' Award, [David de Storie's] name immediately came to mind. Before I went ahead with this letter, I decided I needed to get the details as well as my facts straight. I therefore decided to pay him a visit at school, and interview him on his career for a little 'project' of mine," he wrote. "This is the story of a behind-the-scenes legend, the story of a real hero [who] had made it his mission to bring education to those who would otherwise go without it," he wrote.

What he established was that De Storie, who grew up in Noordhoek, had completed school against his father's wishes (who had wanted him to leave school and join his building business). He found money to study further at the University of the Western Cape but was only allowed to enrol for a BSc (even though he had wished to study medicine or pharmacy). He was the only member of his family to complete university, this against a backdrop of political upheaval in the 1970s.

"He told me how he consciously decided to dedicate himself to help, develop and empower the youth, thereby continuing the struggle through education. This was linked to his realisation during the 1976 youth uprising that without education, the liberation of the country and its people would not be possible."

"He assisted me with maths when my marks started dropping, and even played a role in bringing in outside assistance to help me and the rest of my maths class. Although we didn't get the best marks, it was apparently the best our school has gotten in the past five years," he wrote.

"Besides currently still teaching physical science at Harold Cressy High School, he still continues to work with learners from disadvantaged backgrounds in various schools in the townships of Cape Town. He also works with SHAWCO (the UCT organisation). From what I know, he plans on retiring next year, and so I thought that this award could be a way of acknowledging him for his years of dedication to education."