Last week saw the much-anticipated launch of Humanitec, a project that has involved the digitisation of more than 14 000 rare physical objects with the aim of enhancing the teaching, learning and research capacities of 14 archival collections housed at UCT Libraries, writes Alexandra Dodd.

Humanitec is a cross-disciplinary project that has brought together researchers from departments as diverse as anatomy, botany, African studies and visual art to build a digital archive that has been designed as an immersive, interactive experience with visual and sonic features.

The vast array of artefacts ranges from early 20th century botanical drawings, to the rarest of handcrafted Southern African musical instruments, to architectural drawings of Cape vernacular architecture, to press clippings, newsletters, minutes and other documents that chart the rocky history of cultural resistance in the Western Cape – and much more. 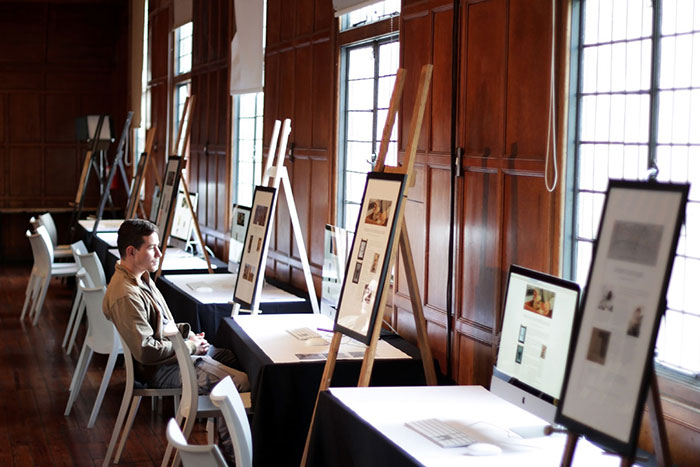 "Digitisation helps to disseminate and share with the world the rare materials we have here at UCT," said project leader Professor Colin Tredoux. "The enormous increase in worldwide digital connectivity has made it possible for us to share this work with a wide audience: to help preserve South African heritage, and to make it available for research and teaching across the globe."

The project is a university-wide initiative with a home in the Faculty of Humanities, and was made possible by funding from the Vice-Chancellor's Strategic Fund. Dean of Humanities Professor Sakhela Buhlungu congratulated the Humanitec/UCT Libraries team for the "five years of hard work that have gone into building this digital archive", noting that they had "set a very high standard" and that UCT now needed to focus on securing the next cycle of funding to take the digitisation drive forward.

The launch took place at Hiddingh Hall and was accompanied by an audiovisual exhibition showcasing the 14 dedicated website homepages that have been developed to inspire popular interest in each collection and create an inviting point of access to the thousands of extraordinary objects that have been digitised. 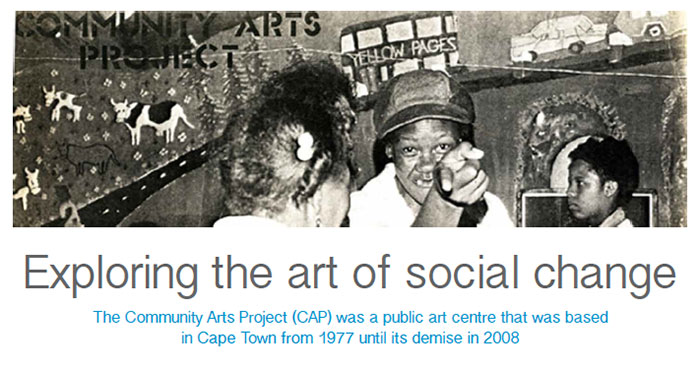 The Community Arts Project (CAP) was a public art centre based in Cape Town from 1977 until its demise in 2008. For researchers interested in the art of resistance and political engagement, the CAP archive is a rich resource of press clippings, newsletters, minutes and other documents that chart the rocky history of cultural resistance in the Western Cape. 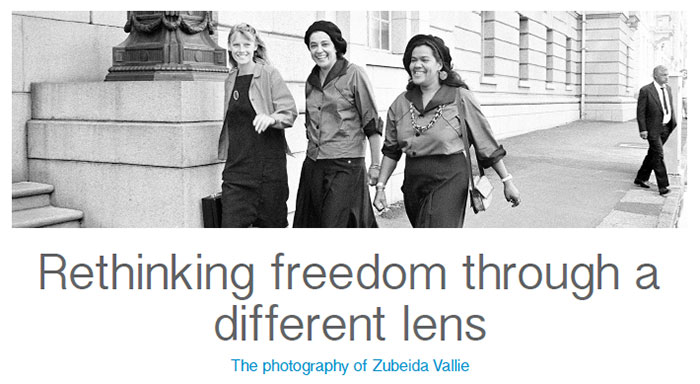 Zubeida Vallie is one of the few women, and probably the only woman of colour, who photographed the struggle years on the Cape Flats. The images in this archive capture the violence of the times, but also the 'other stuff' beyond the headlines.

Meyer thanked the libraries team for the energy they had collectively poured into making each of the 14 000 plus objects available online – with the associated metadata, detailing each item's provenance and other crucial research information. She then took everyone present on an on-screen guided tour of the new websites, demonstrating their interactivity and user-friendliness. 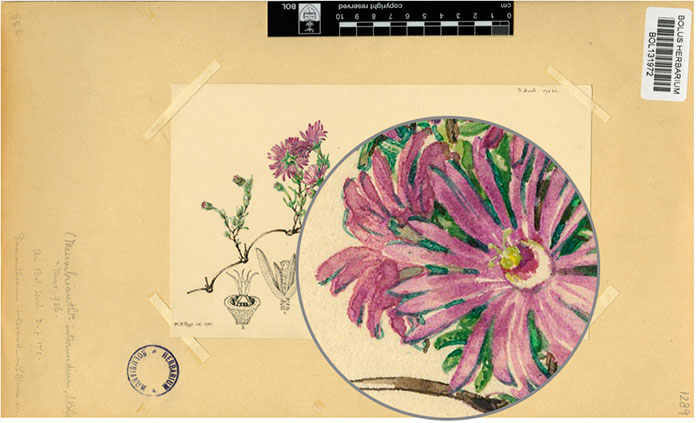 In the early 1900s, two artists, Mary Page and Beatrice Carter, were employed by the Bolus Herbarium to illustrate a hugely diverse family of succulent plants, which are almost endemic to Southern Africa. Their delicate, precise and vividly coloured botanical drawings are now freely accessible online. A special functionality enables viewers to magnify elements of these botanical drawings to appreciate the intricate details of the illustration and the botanical features of the plant depicted. 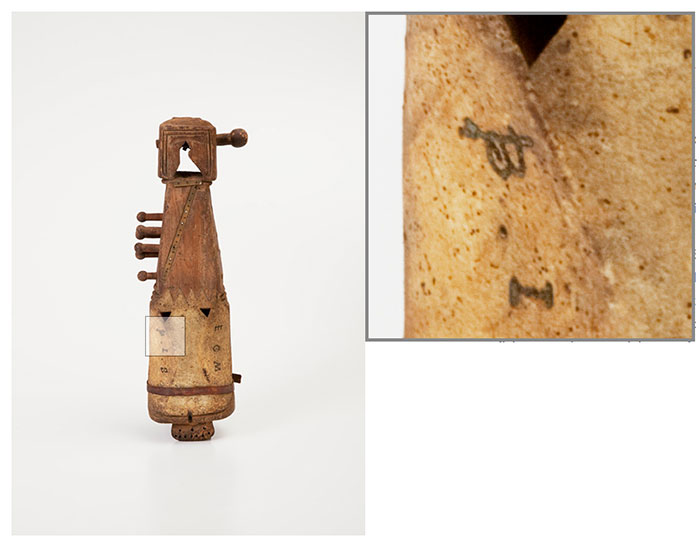 The same functionality is available for the Kirby Collection of rare musical instruments from Southern Africa, so that composers, sound historians and music lovers across the world can home in on the inscriptions, textures and other details of these rare creations. Similarly, it is possible to magnify tiny sections of the rare maps in the Talbot Map Collection. 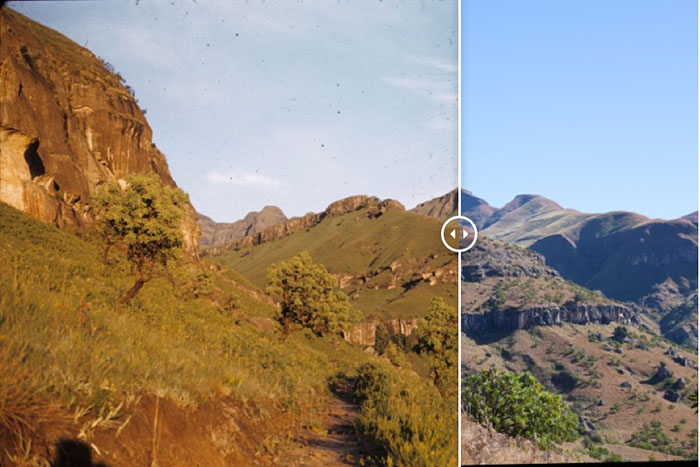 With the digitisation of five collections of historical landscape photographs, the Department of Botanical Sciences' Plant Conservation Unit has brought the work of some of South Africa's greatest ecologists into the public domain. A special feature enables viewers to slide the cursor across the image, changing it from the archival image to the contemporary image so that it is possible to see the changes in the landscape.

The websites were designed by UCT Libraries' web editor Gareth Dawson, who said: "Working on this project was an incredibly complex task; we wanted to find a way to translate the richness and uniqueness of the materials in their original form into a digital representation. The importance of a map, for example, doesn't lie in seeing the image as a whole, it lies in being able to look at the co-ordinates, see the contours in the depth in which they have been originally portrayed.

"We have also tried to emphasise the objects with the design, or more deliberate lack of. We kept the layout and design to an absolute minimum, mimicking the way in which a sound engineer may use compression and reverb with music. It's never meant to be noticed, but glues everything together."

Two of the collections that have been digitised comprise principally of sonic recordings. The first is a selection of rare audio recordings made by pioneering South African linguist Ernst Westphal, which brings several extinct and endangered African languages into public circulation again. The second is the Centre for Popular Memory's vast sonic archive – an extraordinary repository of over 3 000 oral history interviews, featuring first-person life histories, testimonies, memories and shared reflections in nine languages. Several of its key collections are now available online – with full transcripts and translations. Here is an example of a sound recording with its accompanying audio transcript: digitalcollections.lib.uct.ac.za/humanitec/cpm-gladys-thomas.

Most of the collections are very visually rich. Here are a few examples of the diversity of images that have been digitised as part of the ongoing Humanitec project. 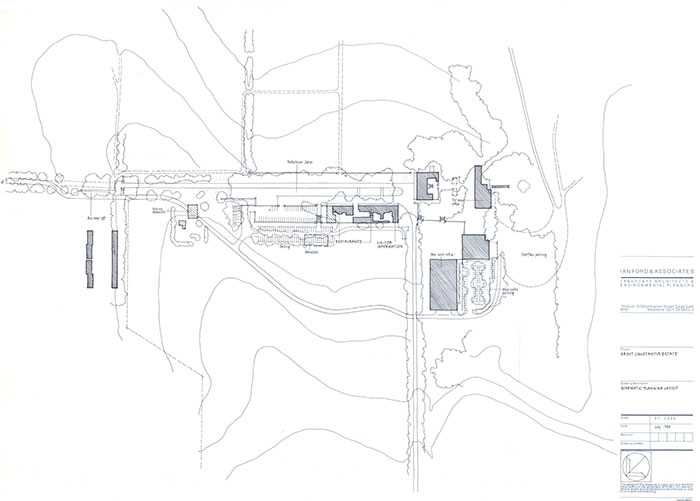 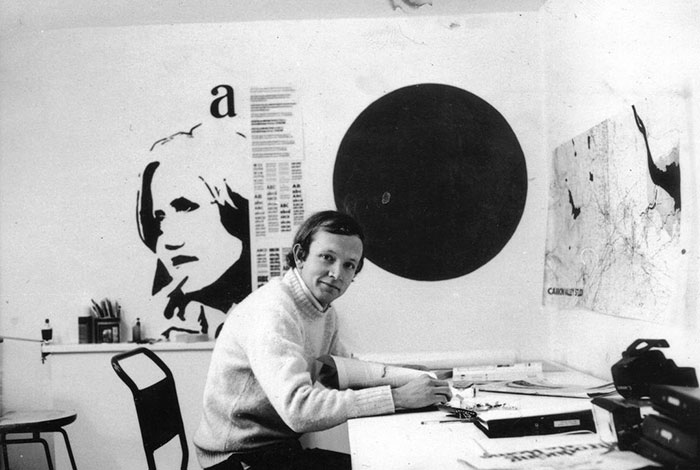 Ian Ford [pictured here in his studio] was a landscape architect with a deep understanding of the internal logics of Cape vernacular architecture. His hand-drawn designs are the epitome of pre-digital elegance and subtle skill. Groot Constantia was a huge restoration project in the 1990s. Revel Fox was the appointed architect and Ford was the appointed landscape architect. Unlike Vergelegen, which is more floral, delicate and 'pretty' in its landscape, Groot Constantia is quite strong, robust and fundamental in its design, with its white walls, gravel, lawns and trees. 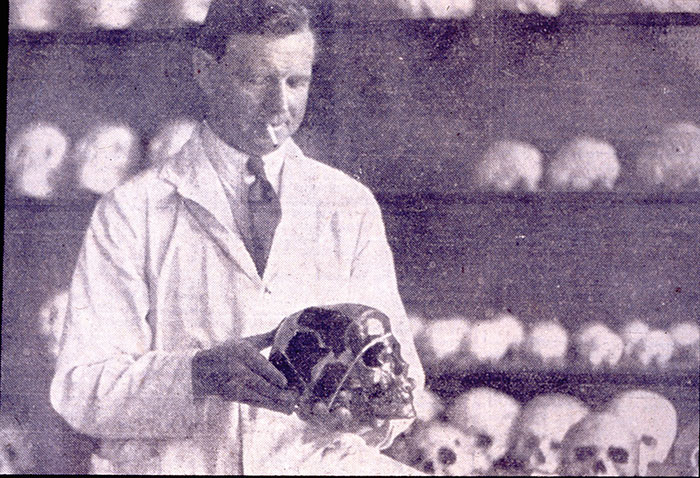 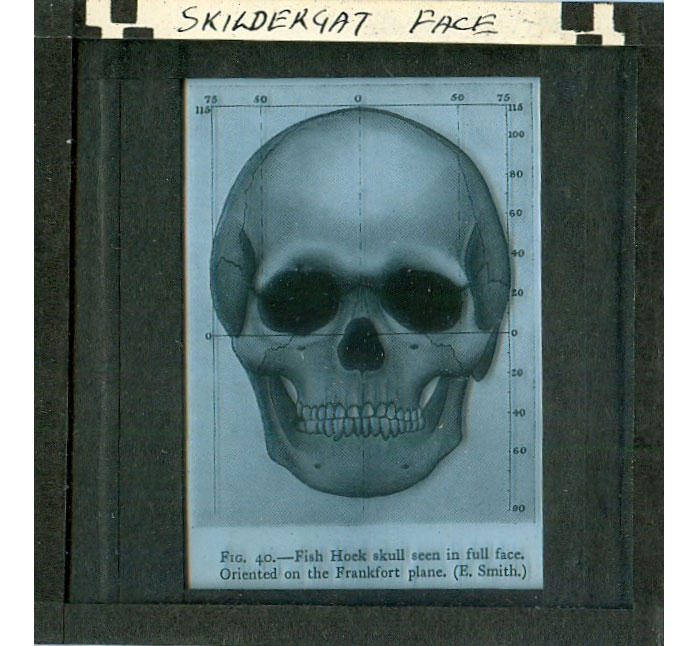 The Anatomy collection focuses on the correspondence and research of three trailblazing South African physical anthropologists, Professor Matthew Robertson Drennan (1885-1965), Professor Lawrence H. Wells (1908-1980) and Professor Alan Morris (1949- ). This is one of the slides that accompanied a letter, dated 25 May 1938, from then Prime Minister of South Africa Jan Christiaan Smuts to Professor Drennan, pictured here in the anthropology storeroom of the Department of Anatomy in a photograph that dates back to about 1931. Drennan was head of the Department of Anatomy at the time that Smuts wrote the letter, asking if he could borrow some lecture slides. Smuts was very interested in science and had even published a book on human evolution in 1927, called Holism and Evolution (MacMillan & Co). 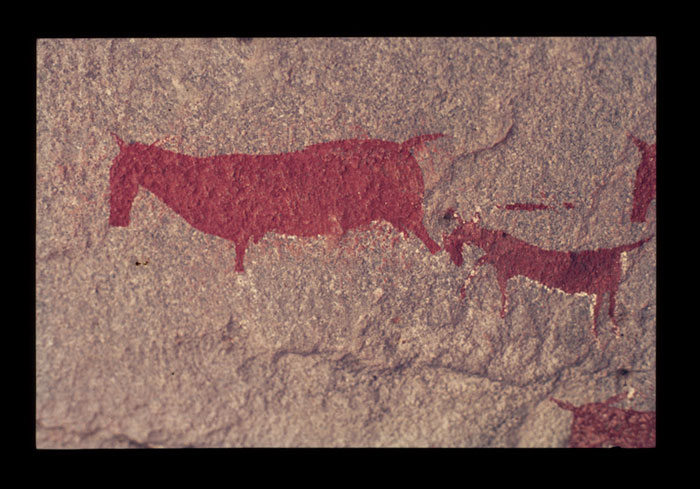 In a collaborative project between UCT and Iziko Museums of South Africa, around 1 000 rock art records, relating to sites in the Western Cape, have been digitised. This collection consists of about 5 000 pages of notes, reports and summaries, 2 568 associated maps and 5 500 slides recording rock art images. These primary research records represent the results of tens of thousands of hours of fieldwork. They are literally irreplaceable, and give information on the location, content and condition of thousands of rock art sites. In many cases, they are the only record that we have of these sites, which would otherwise be lost to science.

The 14 collections that have been digitised so far are: