UCT works to add to your bookshelf

With topics ranging from musical instruments of indigenous people to executive salaries and constitutional law, have a look at our list of recent publications from within the UCT community. 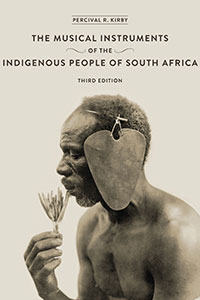 First published in 1934, this third edition remains the groundbreaking archival and ethnographic benchmark study of the historical and musical practices of the indigenous people of southern Africa, before the apartheid government came to power in 1948. Scottish musicologist Percival Kirby undertook most of the primary research for this work in the early 1930s, while head of the music department at Wits University. The Kirby Collection is now housed at the SA College of Music and can be viewed by appointment. 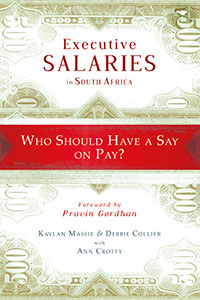 A 2006 study revealed that, on average, South African CEOs were being paid more than R15 million a year – more than 700 times the minimum wage in certain industries. South Africa's widening income gap and its history of racism, poverty and social unrest demand that something more be done to reverse the trend. But what will it take for companies to rein in excessive executive salaries? 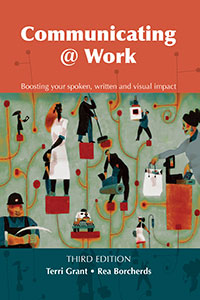 The authors have put together a conversational, accessible work covering communication in an array of workplace situations. All the chapters in this third edition have been updated with the latest findings and debates around topics such as presentations, inteviewing, teamwork, business correspondence, reporting, persuading, non-verbal communication, graphics and the media. 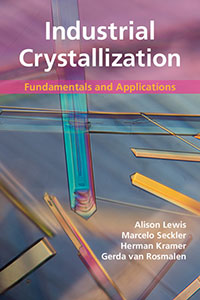 Co-authored by Prof Alison Lewis, dean of the Faculty of Engineering and the Built Environment, with academic peers from Brazil and the Netherlands, this volume bridges the gap between theory and practice, providing the reader with a comprehensive overview of industrial crystallisation. 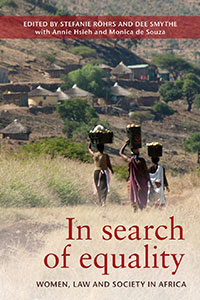 In Search of Equality: Women, Law and Society in Africa
Edited by Stefanie Röhrs and Dee Smythe, with Annie Hsieh and Monica de Souza

Just over 50 years ago, several African countries drew up new Constitutions, which included protocols on the rights of women. But has constitutional reform brought gender equality to women in Africa? And what does gender equality mean in the everyday lives of women on the continent? This work looks at women's rights in seven African countries, namely Cote d'Ivoire, Malawi, Namibia, Nigeria, Rwanda, South Africa and Uganda. 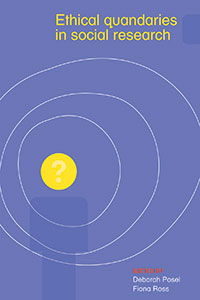 This book opens up a space of frank discussion about the often unsettling, messy realities of ethical decision-making in the thick of social research. It is unique in spanning a range of research scenarios, qualitative and quantitative, across different disciplines, fields of study and institutional settings. It will be of interest to all social researchers working in fields of research structured by hierarchies of difference and conditions of inequality. 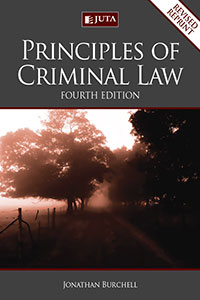 The fourth edition of this established and well-cited work on criminal law includes thorough examinations of the comprehensive legislative changes to the law on sexual offences and the treatment of child offenders. It also revisits traditional aspects of criminal law, like the principle of legality, causation, the defences of provocation and consent, common purpose liability, and the use of force by the police, as well as more contemporary issues such as organised crime, sentencing discretion and child sexual experimentation. 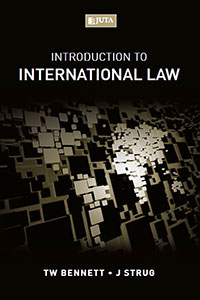 An Introduction to International Law
Tom Bennett and Jonathan Strug

Written primarily with South African readers in mind, this volume is aimed at both practitioners and students of international law. It includes all the traditional subject matter about state law (among them treaties, law of the sea, nationality, state responsibility, diplomatic and consular immunities, sovereign immunity, use of force, humanitarian law and the treatment of aliens). Special attention is given to topics of more recent interest, such as international criminal and economic law and the three generations of human rights. 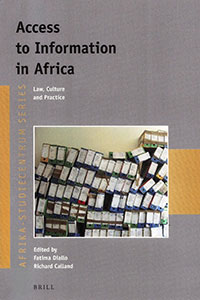 Access to Information in Africa: Law, Culture and Practice
Edited by Fatima Diallo and Richard Calland

As a new praxis emerges, African scholars and practitioners reflect on recent advances on the continent, as well as the obstacles that must still be overcome if greater public access to information is to make a distinctive contribution to Africa's democratic and socio-economic future. 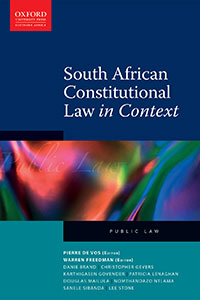 Offering a comprehensive, clear, and concise introduction to the study of South African constitutional law, this book balances an accurate description of the most authoritative interpretation of the constitutional text with a critical and enquiring approach, providing depth and diversity of perspective, and engaging readers in an interactive, topical and stimulating way.