Third-year students in film and media studies have been 'connecting the dots' between economic theory and the realities of poverty and inequality through the production of a new student publication called Cape Connect.

The first edition of the 24-page, tabloid-size newspaper, a joint project between the Centre for Film and Media Studies and the UCT's Poverty and Inequality Initiative (PII), was launched on campus on 30 July.

At the launch, Professor Crain Soudien, deputy vice-chancellor responsible for transformation, said he was "absolutely thrilled" by what the students had done. He said part of the PII's purpose was to take "the best of our thinking" into the public domain and to influence opinion.

Stories in the new publication cover a range of relevant topics, from the importance of the informal sector in job creation, to anti-poverty policies, child grants, disability and xenophobia. They also take a closer look at community projects, such as street art, the Raymond Ackerman Academy for budding entrepreneurs and small-scale farming initiatives.

Professor Murray Leibbrandt, pro vice-chancellor for the PII initiative, also praised the students for their efforts at the launch. 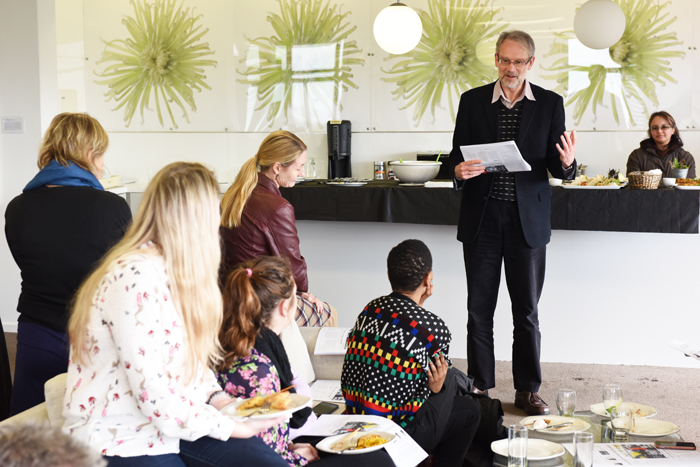 "You are bringing the community back into the university in important ways." - Professor Murray Leibbrandt, pro vice-chancellor for the Poverty and Inequality Initiative, praising students for their efforts at the launch of Cape Connect

"I hope you guys have been moved by doing this," he said. "You are bringing the community back into the university in important ways."

He said the ability to write about policy was "incredibly weak" in the South African media landscape. Poor coverage in turn led to a weakness in the debate in the country.

Megan Thomas, the student editor of this edition, said it had been "an incredible experience to be able to go into the townships and prisons and to see (what) we were writing about".

In her editorial, she writes: "Moreover, it gave us a window into the lives of struggling artists, stigma-fighting professionals, intuitive entrepreneurs and, generally, the people who have spent their lives motivated to beat the difficult conditions in which they find themselves, all of whom were unwaveringly helpful, co-operative and willing to be interviewed."

The guiding hands behind the project were Martha Evans, who lectures the third-year print media class, and journalist Pippa Green (who is attached to SALDRU).

Evans said the experience had been hugely beneficial for the class because it had given them hands-on experience and helped them hone their journalistic skills. Her wish was to bring out two publications a year so that students could learn from the process.

Green explained that the newspaper had had its genesis in a series of seminars around some of the 'big picture' policy issues, before the students were asked to come up with ideas that would put 'a face' to the story.

Among the top economists to have spent time with the students were Leibbrandt, along with Professors Haroon Bhorat and Francis Wilson.

After these seminars, the students generated most of the story ideas themselves, visiting some of the poorest parts of Cape Town to collect their material before returning to campus to write, edit and polish their work, ready for publication.

The 2 500 copies of the paper that were printed will be distributed among the many organisations that co-operated with the project.

The publication will also soon be available online for a wider audience. 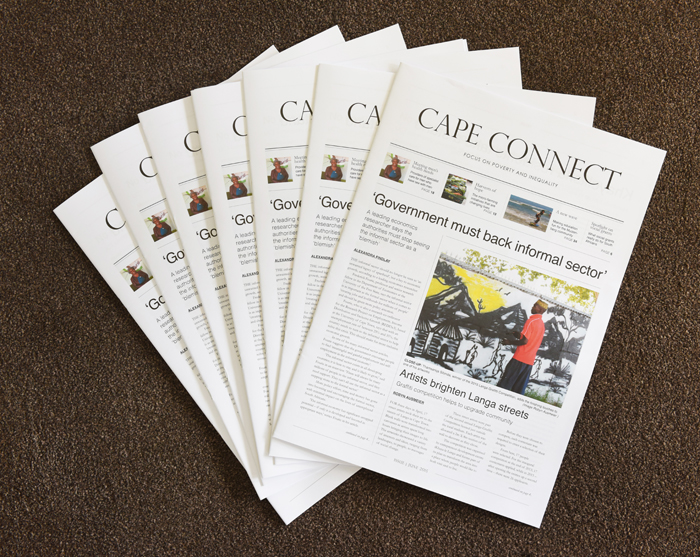 The first edition of Cape Connect