There are still two Erik Chisholm commemorative lunch-hour concerts to look forward to at the South African College of Music this year.

They are the final in a three-part series to commemorate the 50th anniversary of the death of the Scottish composer, pianist and conductor.

During his time at UCT from 1947 until 1965, Chisholm held the positions of professor, faculty dean and director of the SA College of Music. He also founded the UCT Opera School and regularly accompanied students on tours of southern Africa and to the UK.

Regarded as something of a "forgotten composer of the 20th century", the UCT concert series aims to place Chisholm in his social context, featuring not only his own compositions but those of many of his contemporaries here and in the UK.

The first concert in the series in April included works by Chisholm and fellow composers such as Paul Hindemith, James May, Arnold van Wyk and John Ireland.

The next concert, which takes place at 13h00 on Thursday, 13 August 2015 in the Baxter Concert Hall, will focus on chamber music by Chisholm and two of his UCT contemporaries, Arnold van Wyk and Hubert du Plessis, both lecturers in the Faculty of Music during Chisholm's tenure (1947 to 1965). 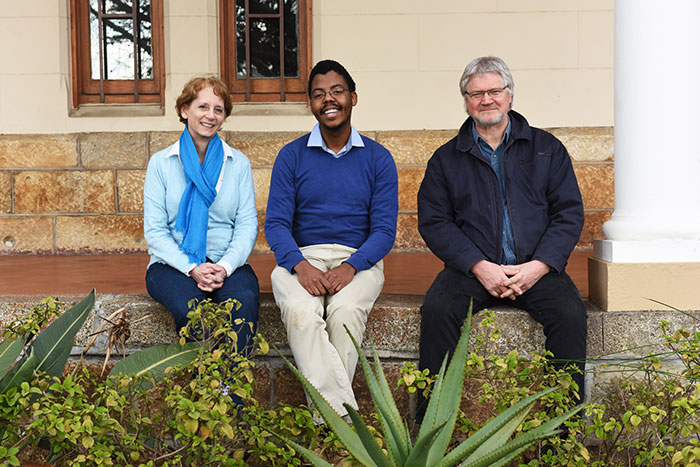 Dominic Daula (centre) with Becky Steltzner and Albie van Schalkwyk, who are helping to organise the Erik Chisholm concert series.

The final concert is on Thursday, 15 October 2015 in the Chisholm Recital Room at the SA College of Music, and will feature art songs (final programme to be confirmed).

The concert series is being organised by Dominic Daula, a talented third-year piano and harpsichord student, with the help of Becky Steltzner and Albie van Schalkwyk.