'Use anger to learn and grow'

Justified 'anger' at injustice shouldn't discourage "difficult conversations", even when one felt on the receiving end of the anger.

This was the view of keynote speaker, Eleanor du Plooy, of the Institute for Justice and Reconciliation, speaking at the opening of the Re-ACT Student Conference on Monday 13 July.

Quoting the radical feminist writer Audre Lorde, she said: "Angers ... will not kill us if we can articulate them with precision, if we listen to the content of what is said with at least as much intensity as we defend ourselves against the manner of saying. When we turn from anger we turn from insight, saying we will accept only the designs already known, deadly and safely familiar."

The Re-ACT conference theme is "redefining, re-evaluating and rethinking" social action. The conference came about after student leaders identified a need to raise awareness and to discuss and collaborate on issues of student involvement and social action at an institutional level.

In her address, Du Plooy warned that turning away from anger was to turn from insight. "Anger between peers births change, not destruction, and the discomfort and sense of loss it offers is not fatal but a sign of growth."

It was time to discuss and argue about those bones of contention, she said, before wondering aloud how to achieve "radical social change".

Change, she said, should not merely be the removal of the outward vestiges of the injustices of the past. By necessity, change should be a basic and radical alteration of those assumptions underlying our lives. Who would be brave enough to spark such a change, Du Plooy asked? 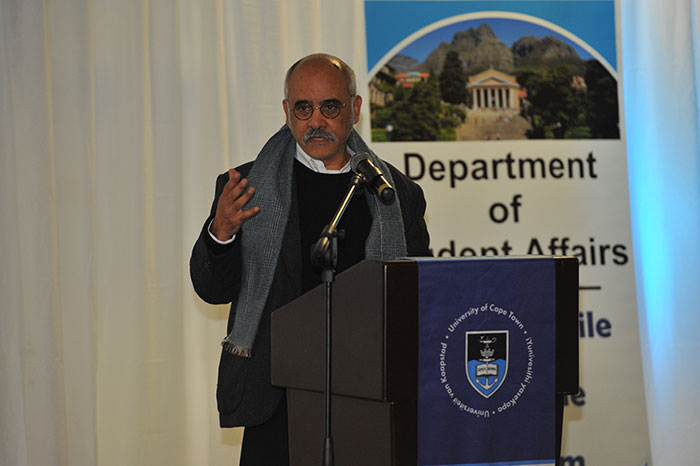 Professor Crain Soudien emphasised that universities should always foreground their responsibility to their local contexts.

Professor Crain Soudien, the deputy vice-chancellor tasked with transformation at UCT, described Re-ACT as a necessary intervention in an "under-articulated debate inside the country".

Citing examples of American universities which had become completely "corporate" in their approach, he stressed the need for a national debate about what the post-apartheid university should look like and its role in society.