Bryan Davies was a freshwater ecologist in the Department of Zoology at UCT from about 1980 until his early retirement in about 2003. He did his PhD on chironomids (non-biting midges) in Loch Leven, Scotland, after which he took up a post-doc position in Mozambique, studying the Zambezi River above and below the site of the Cabora Bassa Dam. He then joined Rhodes University as a lecturer in Zoology, where he worked on Swartvlei and the Wilderness lakes with Prof Brian Allanson. In about 1980 he joined the Zoo Dept here at UCT. 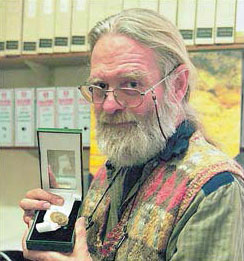 Bryan was passionate about everything he did. He was a marvellous lecturer and postgraduate mentor and an enthusiastic researcher. He did not suffer fools lightly and was known to scrawl scurrilous comments on exam scripts (in the days before students were allowed to look at their marked papers). He was also a passionate "greenie" in the days before this was fashionable, and made it very clear to river managers what he thought of their abilities.

Bryan, Jackie King and Jenny Day worked together for many years. Their first funding (about R200 000 for three years) came from the Fynbos Biome Programme and looked at the functioning of stream ecosystems in the Jonkershoek Valley. Bryan himself was more interested in reservoirs and inter-basin transfers of water, and their effects on rivers. All three researchers were involved in many workshops run by staff members of the Department of Water Affairs who were taking the first tentative steps towards considering the river as a legitimate "user" of water. Bryan was outspoken in opposition to many of the management practices then current. There is no doubt that his passionate concern was a significant factor in this country becoming one of the first in the world to legislate for "ecological water requirements" for rivers.

The Freshwater Research Unit (FRU) was instituted at UCT in 1984, mostly as a result of Bryan's efforts, and continued until Jenny Day's retirement in 2011. It was the premier freshwater ecological institute in the country for all of this time, graduating dozens of Honours, MSc and PhD students. There is no such institute in South Africa at present.