The UCT community extends condolences to the family, friends and former colleagues of Emeritus Professor Peter Linder who died at his Claremont home on 3 July after an illness. 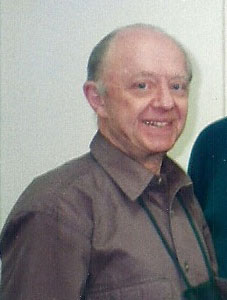 The late Emer Prof Peter Linder, remembered for his many contributions to the Department of Chemistry.

Linder joined the Department of Chemistry as a senior lecturer in July 1952 after obtaining a PhD at the University of Cambridge and following a brief career at African Explosives and Chemical Industries in Modderfontein. He held the Chair of Physical Chemistry from 1987 to 1994.

His research dealt with the fundamentals of gas-solid absorption and later he specialised in solution thermodynamics. Linder published several articles in the field of metal-ligand speciation and developed models of complex biological systems, such as blood plasma. He had a long-lasting collaboration with Professor David Williams of the University of St Andrews and the University of Cardiff, who was a frequent visitor to UCT.

During Linder's tenure, he trained a large number of research students, several of whom have enjoyed significant careers. They include UCT's Professors Allen Rodgers and Graham Jackson, Professor Peter May, who holds the Chair of Hydrometallurgy at Murdoch University, Australia, Dr Kevin Murray of the Council for Scientific and Industrial Research, and UCT's Dr Chris Woolard.

During his tenure, Linder served UCT on several high-level committees and he was deputy dean of the Faculty of Science for several years. He was elected a life member of the South African Chemical Institute and a Fellow of the Royal Society of Chemistry, and he was active on the local committees of both organisations for many years.

Linder retired in January 1994 but continued to work in the Department of Chemistry on contract until December 1996. After retirement, Linder continued to take an interest in the activities of the department, regularly attending seminars, honours presentations and graduations.

Linder is survived by his wife, Fay, daughters Lornie and Morea, and son Tom. He will be remembered for his many contributions to the chemistry department and as a valued colleague and friend.