Unless South Africa's persistent inequality is addressed, the country risks sliding into an accelerating downward spiral of rent seeking, cronyism and corruption.

Whether a downward spiral accelerates – or, alternatively whether a new burst of inclusive economic growth and political competition can unleash a revitalised virtuous circle – will depend on both the choices of political elites and the levels and quality of civic engagement.

While there have been significant gains in the past 21 years of democracy, including a decline in absolute poverty from 28% of the population in 1996 to 11% today, there has been little change in the economic power balance of the country.

In comparison to other middle-income countries, South Africa's inequality levels are stark. The rich are super rich, the poor very poor and there's a gaping hole in the middle. This is the greatest threat to stability.

For our working paper we chose Brazil, Mexico, Thailand and Turkey as comparators. They have similar average incomes, medium-to-large population sizes, similar developmental challenges and resources to address them.

Where South Africa's performance falls short of its comparators is in the gaping hole between those who are wealthy or just comfortably off on the one hand, and the working poor on the other hand.

A comparison of the share of expenditure within each of the economic strata in South African reveals a missing middle of the economy.

Relative to other middle-income countries, South Africa's households are thus either (relatively) affluent or poor – with relatively few positions which provide a stepladder for moving incrementally from one economic stratum to another.

The sustainability of the democratic miracle of 1994 becomes worryingly uncertain if South Africa does not rectify this unbalanced combination of high earnings for highly skilled workers and owners of wealth, and high unemployment plus the very poor quality of jobs in the middle range of incomes.

Inclusive economic growth is key to ensuring South Africa's democracy remains on track. This is not an impossible dream.

The problem with a social compact

There are a number of possible steps forward for South Africa. But none will be easy.

The current economic blueprint, the National Development Plan, is a coherent enough framework within which to build a more inclusive economy.

The challenge is translating the plan and policies stemming from it into vision and action.

The plan strikes a sensible balance between how the country can grow its economy while meeting development outcomes. A pre-requisite to implementing its proposals would be securing agreement between the main players on concrete next steps. 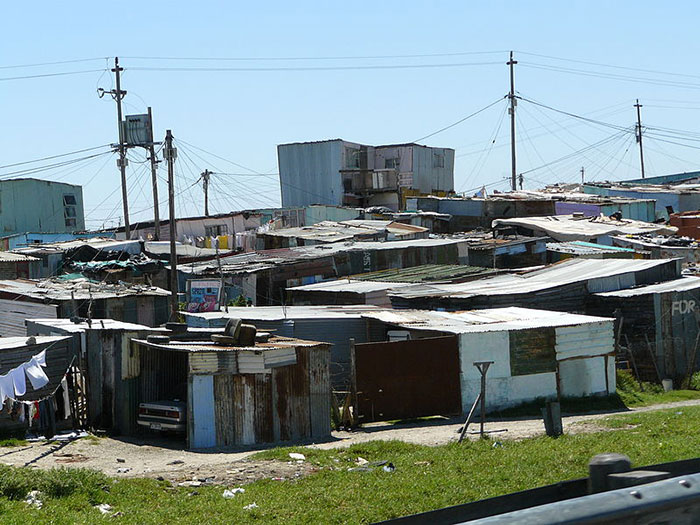 A social compact would most almost certainly deliver this outcome. But we doubt that a social compact is possible in the near future given the fractious relationship between key players in the country. Government and the ruling African National Congress are neither tightly organised nor decisively led. The business community is fragmented, and the trade union movement drifts from one crisis to another.

It will be some time before we are ready to think seriously about a broad social compact as the basis for sustained growth and development.

What is clear is that the successful implementation of the NDP as well as achieving inclusive economic growth and sustaining democratic institutions should not be left in the hands of the political elite alone.

But there may be another way. Lessons can be drawn from a number of successes achieved by various levels of the state, often in partnership with civil society and the private sector.

The key is to direct attention to islands of effectiveness. Progress can be achieved through collective action by government, private sector and civil society even where the broader governance environment is difficult.

These localised successes, while still small, have the potential to inspire coalition building and experimentation to build momentum for inclusive growth. This could help build virtuous circles of hope and possibility.

This article is based on the working paper by the authors and Ingrid Woolard. The paper was funded by DFID as part of the Effective States and Inclusive Development (ESID) research program which is led by the University of Manchester.