Some 300 students, staff and contract staff gathered to protest in front of Bremner Building, the heart of UCT's administration, to demand the statue be removed and that a date be given for that removal.

The statue has been the focus of over two weeks of student protest on campus during which time the university's transformation plan – and the reported slow pace of progress – has come under fire.

Price said he applauded the students for bringing the issue to the forefront, "so that we all understand that history".

He said broad consultation on the issue was important so that "no-one would be left behind". 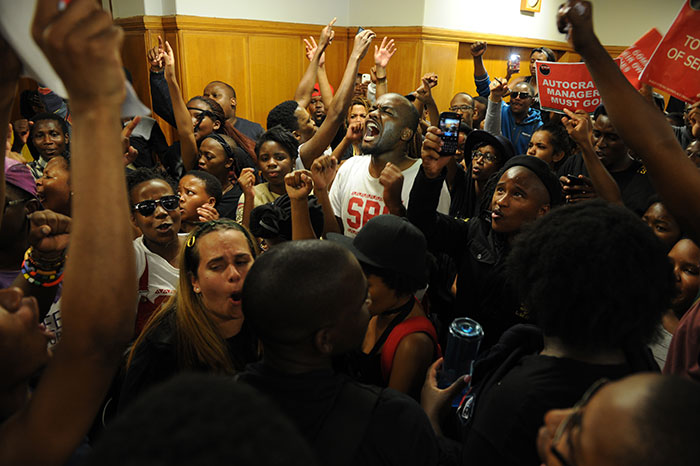 Addressing the question of why the issue of the Rhodes statue had blown up at this point of UCT's history, Price said it had never been addressed formally at the Council, Senate or other high-level meetings.

"It's happening now because we've achieved a critical mass of people who think the time has come [to deal with this]."

As Price was speaking about the university's broader consultative process of engagement around the statue, the SRC led a group of chanting, singing students into the Bremner Building foyer for an overnight sit-in.