In the South African consciousness, the name Marikana has become synonymous with police brutality, class struggle, and the continuation of the migrant labour system in South Africa. However, Centre for Film and Media Studies (CFMS) master of documentary arts student Aliki Saragas seeks to broaden that narrative, and show the strength of the women of Marikana as an agency for change.

Since 16 August 2012, when 34 striking mineworkers were gunned down by police on the now-infamous Marikana koppie near Rustenburg in the North West Province, the voices to come out of Marikana have been distinctly masculine. Mainstream media brought us the voices of the mineworkers, the voices of the trade union leaders, of mine management and politicians – most of them male. But what of the other, female, voices of Marikana?

In her 60-minute documentary, Mama Marikana, Saragas seeks to tell the stories of the seemingly forgotten. She moves away from the narrative of victimhood to one of leadership and empowerment. The documentary follows the stories of five women of Marikana, from the day of the Marikana Massacre, through the Farlam Commission of Inquiry set up to investigate the events of the massacre, to the five-month-long strike on the platinum belt in 2014.

"I wanted to create a vehicle to give voice to the seemingly forgotten community of this space, and so re-humanise them," says Saragas. "Mama Marikana is an exploration of the politics of voice, but it also seeks to capture the everyday stories: the small moments and the continuation of life that don't make it into the media." 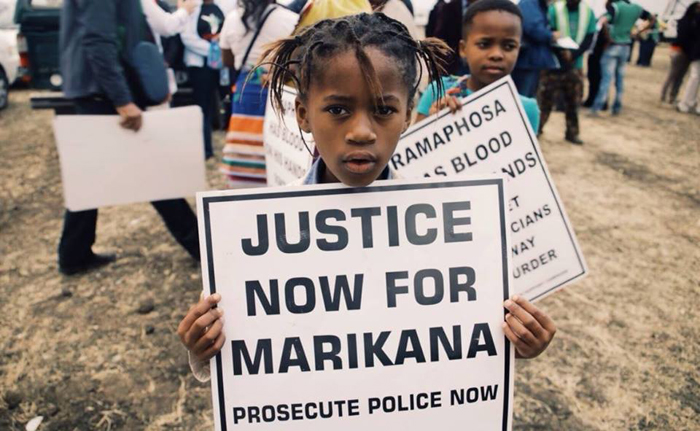 Mama Marikana features five quite different women. It follows community and political activists Primrose Nokulunga Sonti and Thumeka Magwangqana, founders and leaders of the civic activist group Sikhala Sonke (We Cry Together), which organised around the plight of the miners at Marikana. Sonti herself went on to become an active member of the Economic Freedom Fighters (EFF), and became an elected representative in Parliament after the 2014 elections. The documentary also features Evelyn Seipati Mmekwa, who uses a part of her husband's pension money to start a soup kitchen in the community to feed the striking mineworkers and their families. Finally, Mama Marikana tells the stories of Zameka Nungu and Nonkululeko Ngxande, the widows of two miners who were slain in the massacre.

"The struggle these women face includes not only dealing with the pain the massacre left behind, but also their fight to empower themselves and their community beyond the tragedy," says Saragas.

Saragas hopes the voices of the women in the documentary will be the start of an alternative discourse on Marikana. She is presently in negotiations with producers to turn the documentary into a longer feature film to show at festivals, hopefully around the world.

However, often one of the challenges for projects such as these is funding. Saragas and her team ran a successful crowdfunding campaign to finance the film. They raised just under R35 000, which went towards editing, sound design, translation and archive rights, among other things. They are now about to launch a second campaign in an attempt to fund a full-length feature.

"The experience of making this documentary has changed my life," says Saragas, who wants to launch a career as a documentary filmmaker.

This dream is why she moved from Johannesburg to Cape Town, to pursue the only Master of Documentary Arts (MoDA) programme in Africa, offered at the CFMS.

"The MoDA provides a foundation for aspiring filmmakers to develop their filmmaking practice while fostering their artistic voice," says Dr Liani Maasdorp, lecturer in screen production and film and television studies at CFMS. "This way, students get the critical, theoretical and practical foundation for films like Mama Marikana that explore characters, stories and social issues deeply and beautifully." she adds.

Saragas says the greatest challenge of the project was coming to terms with the blatant injustice of life in Marikana. 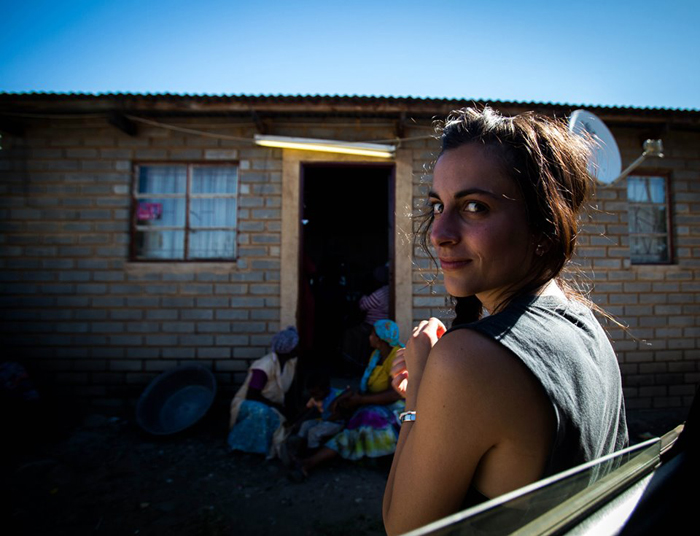 "But," she says, "what I learned from these women is that if you have the passion to make a difference and empower your community, you can do just about anything, no matter what your personal circumstances are."