UCT's bumper graduation week out of the blocks

The Mother City wore her finest for the start of UCT's December graduation ceremonies this morning, heralding a week of celebrations when some 5 807 undergraduate and postgraduate students will be capped in historic Jameson Hall.

The graduation week will run until 20 December and will include numerous special awards: 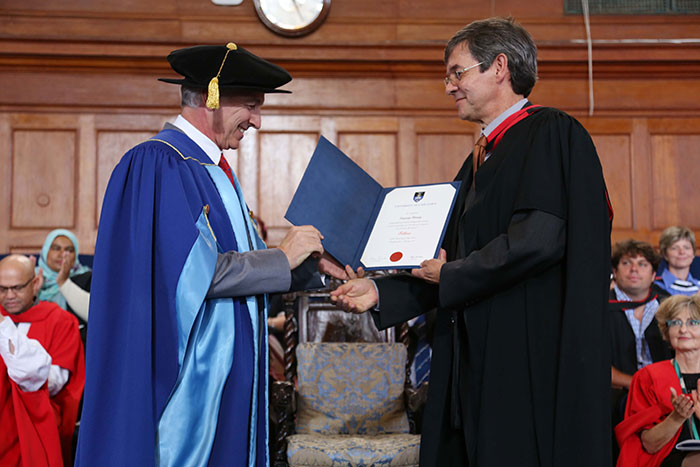 New UCT Fellow, Prof Greg Hussey (Division of Medical Microbiology), was honoured at the ceremony. Photo by Je'nine May.

The statistics for December's cohort of postgraduates reflects the university's drive to expand this group, especially those in PhD programmes.

First up at 10h00 on Monday 15 December was the Faculty of Health Sciences graduation and the tone was set early with a rousing performance by marimba band amaAmbush. 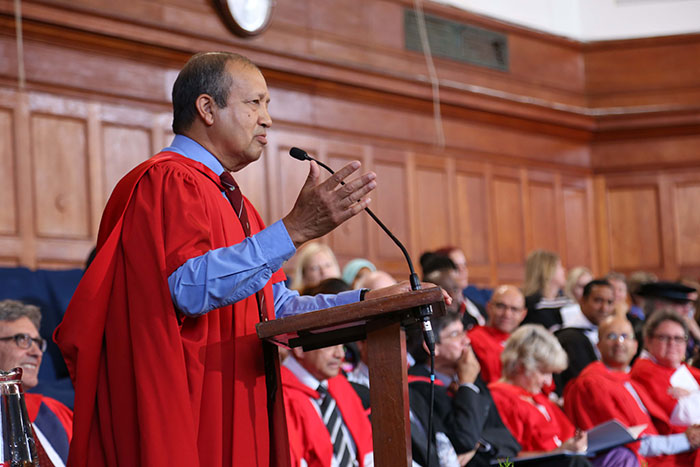 Prof Delawir Kahn of the Department of Surgery, who received a 2014 Distinguished Teacher Award, delivered the address to health sciences students. Photo by Je'nine May.

Addressing the graduands, head of the Department of Surgery Professor Delawir Kahn said he hoped the students would see their profession as a career and not as a job.

"On 1 January you all will be embarking on a journey of being a healthcare professional – It's a wonderful journey. I hope you will be as blessed as I have been to have a career."

Kahn said being a healthcare profession was all about the patient. Second, he said it was about teaching, and third about research.

"This is one of the most exciting things as a healthcare professional. It gives you an opportunity to question dogma, to be innovative, and to present research at international meetings."

Among the special family moments at the ceremony was the "double" for MBChB graduate Jessica Posel Price, who was capped by her father, Vice-Chancellor Dr Max Price, and hooded by her mother, Professor Deborah Posel (founding director of the Institute for the Humanities in Africa). 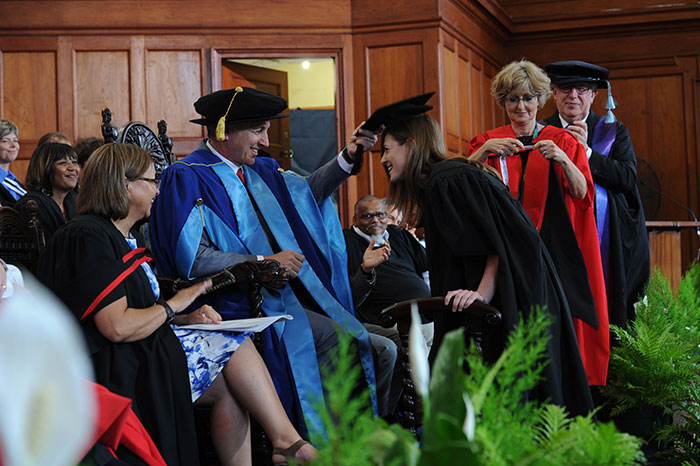 Posel Price obtained her MBChB degree with first-class honours, with distinction in the pre-clinical and final clinical examinations.