What's happening in a baby's brain just after birth? Dr Nils Bergman talks us through the first 1 000 minutes of a child's life – and why bonding between mother and child is critical for the development of happy, healthy, social beings.

It's an experience every human being shares, and yet few (if any) of us can remember it. What was our own birth like? What were we thinking and feeling as we left the warmth of our mother's bodies and entered a strange, new world? Does that earliest of experiences have any bearing on who we are today?

For Dr Nils Bergman, an honorary senior lecturer at UCT's Department of Paediatrics and Child Health and an honorary research associate in the Department of Human Biology, the first hours of life – while we might have no working memory of our own – are absolutely critical for the development of a baby's brain and long-term social behaviour. It all comes down to connection: of the child with the mother, and of the circuits in the brain.

Nutritionists and those specialising in early childhood development speak of the significance of the first 1 000 days of human life. These 270 days of gestation, plus two years of life (adding neatly up to 1 000 days), are described as 'windows of opportunity' in which children's lives can be positively shaped. Bergman zooms in even closer. He speaks of the first 1 000 minutes of life – 16.6 hours, or one day – and why they matter.

For Bergman, the quality of a child's connection with its mother during the first hours of life determines the quality of connections in that child's brain – vital networks on which all learning and memory is based. As such, he advocates uninterrupted skin-to-skin contact and breastfeeding – "zero separation" between mother and child on that critical first day.

"Neural circuits that process basic information are wired earlier than those that process more complex information," explains Bergman, quoting the National Scientific Council on the Developing Child. "Higher circuits build on lower circuits, and development is much more difficult if those lower circuits aren't wired properly." That's why the earliest experiences matter most, because those are the ones that are building the foundation.

Brain development after birth begins with instinctual behaviours. If a newborn is left undrugged and undisturbed on its mother's chest during the first hours of life, explains Bergman, innate behaviours kick in that help form the neural connections on which so much other brain development relies. Within 10 to 20 minutes after birth, the baby's eyes open and focus on the nipple. A baby will kick back its legs, arch its back, lift its head and smell its way to the nipple, where it will start suckling. Within 30 to 40 minutes, the baby focuses on the mother's eyes.

What is happening to the brain during this behaviour? A baby's sense of smell is particularly acute after birth, and is particularly sensitive to colostrum – a mother's first milk – during the first 24 hours. The smell and touch of its mother send reassuring messages to the emotional processing unit of the baby's brain, the amygdala, telling it it's safe.

Newborn babies need to feel safe, to help counteract the incredible stress of being born. "The locus coeruleus – the part of brain that wakes you up with adrenaline – in a newborn baby is producing 50 nanomoles of adrenaline per litre," says Bergman. [to provide context, a full-grown man, when exercising, is producing around six nanomoles]. "The baby will never ever again be as awake as it was when it was born. You will never be as stressed as this again."

While that stress is absolutely necessary for birthing, the baby needs to calm down quickly to ensure that stress doesn't disrupt the brain architecture and alter development. High stress during the early years of a child's life is a strong indicator for poor health in later life.

Cortisol, the body's stress hormone, is counterbalanced by oxytocin, often known as the''tend and befriend' hormone. A mother's smell and touch cause surges of oxytocin in the brain, connecting the emotional brain (the amygdala) with the social brain (the prefrontal cortex) – specifically the left prefrontal cortex, associated with emotions that make you want to approach rather than withdraw.

"Your emotional-social intelligence is being embedded from the moment you're born," says Bergman. "And it requires mother's smell and mother's skin to make this firing happen."

Oxytocin is also what encourages the baby to open its eyes, and 'approach' its mother: It increases gaze to the eye region of a person's face, connecting the child's occipital lobe (responsible for visual processing) to its fusiform gyrus (responsible for reading emotions on faces and in bodies), and ultimately back to the amygdala.

"This lays the foundation for reading others' emotions, for knowing what another person is thinking, for empathy," Bergman explains. "Reading emotion on someone else's face and interpreting it against your own is one of the most sophisticated things you will try to do."

For Bergman, the beginning of healthier humans and a better social order lies in this first connection.

"It matters how we're born," he observes. "Infancy cannot be re-run later." This is why, for Bergman, mother-child bonding after birth is inviolable. Early bonding in the first 1 000 minutes leads to secure attachment in the first 1 000 days, affording a child "a safe base from which to explore the world".

"There are more synapses in the brain of a newborn child than there are stars in the galaxy. Every single newborn baby is born with the full potential of the universe – and that potential is about the quality of early experience, which predicts our sociality. We are born to know others."

Behind the small, crumpled face of a newborn, vast networks of neurons are growing and connecting. Those first few simple acts of life – searching for the nipple, suckling, making eye contact – help us become who we are. Our earliest connection – with our caregiver – sets the stage for the connections we are to make throughout the rest of our lives. 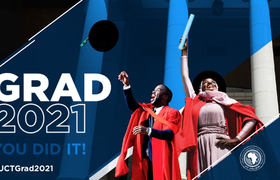