February in the Cederberg

One of South Africa's most iconic climbers has directed his passions at researching the Cederberg's iconic trees. Edmund February, Professor in the Department of Biological Sciences at the University of Cape Town, has turned his attentions to the endangered Cedar tree, the only tree species growing among fynbos and endemic to the Cederberg mountains.

Prof February grew up in Cape Town. Classified as "coloured", he was denied access to many facilities in the city. But not to the mountains or the public parks and from an early age he spent hours exploring Table Mountain. One thing led to another and so from the hikes on Table Mountain he soon progressed to a more vertical world. While some of his friends were being pulled towards joining the gangs that have become a powerful social feature of the Cape Flats, he and his brother were developing their rock-climbing ability.

It wasn't long before his abilities on the rock face became evident and he embarked on a semi-professional life as a climber. In his time he was invited to participate on first ascents of vertical rock spires in many parts of Africa from Namibia through Cameroon and Mali to Kenya. He has also climbed extensively in north America, Africa and Europe and worked on two climbing films for the BBC: one in the Cederberg and the other in Scotland.

Parallel to Prof February's passion for climbing, he began to develop an interest in plants. Spending much of his time outdoors in the Western Cape, which is renowned for its unique and diverse fynbos flora, he became interested in the ecological diversity confronting him. Among his favourite local climbing spots are the Cederberg mountains, located in a provincial reserve just 200 kilometres north of Cape Town. From the very first trips to the Cederberg some 40 years ago, Ed was fascinated by the iconic Cederberg-namesake the Clanwilliam cedar (Widdringtonia cedarbergensis). Cedar trees are the only tree species growing among fynbos and are endemic to the Cederberg mountains. The Cederberg Wilderness area was declared a provincial reserve in 1972 with the express purpose of protecting the trees. Despite this protection, these trees are listed as an endangered species, threatened with extinction if the causal factors for its decline continue to operate.

Comparative study of the SA and Malawian cedars

In 2012, Prof February began a comparative study of the South African and Malawian cedars, teaming up with colleagues from South Africa and Malawi, from within academia and outside it. 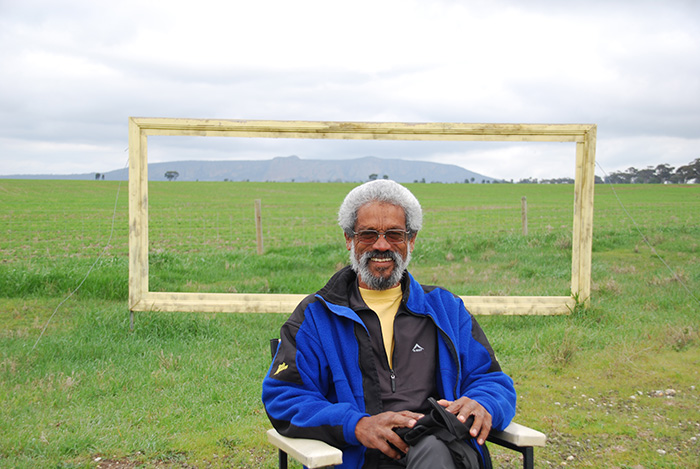 Ed February with Mount Arapiles in the background.

The project has two aims. The first is to establish the viability of current sapling initiatives by examining the health of seed stocks and their ability to regenerate: it is estimated that less than one in 1000 seedlings will mature into a seed producing tree. The second feature is to explore the relationship between the trees and surrounding human populations. In both South Africa and Malawi, the tree is an important economic asset. In the Cederberg is has been used to attract tourists who provide labour and entrepreneurial opportunities to local communities. In Malawi, its wood is central to local economies because it is resistant to weather, rot and termite damage, and is therefore favoured for construction. While the tree faces different challenges in the two countries, it is important to attend both to the botanical and social dimensions of its place in Africa's mountains.

Prof February wants to ensure that the next generation of climbers will be able to appreciate the beauty of the African Cedars and he hopes that his project will bring hope to local communities while at the same time safe-guarding these beautiful trees.