Medical translator: app and at it

In August last year, UCT medical student Saadiq Moolla launched the Mobile Xhosa and Mobile Zulu websites to help himself and his English-speaking peers communicate with patients in their mother tongue.

That website only worked where there was strong mobile reception and a fast internet connection, which is not the case in rural parts of the country.

So Moolla, under the auspices of his company, NightForge Studios, launched a mobile application to the same effect. Mobile Translate M.D., as the Android-native app is called, can be used fully offline - the only time you need an internet connection is for downloading.

Besides bypassing the need for an internet connection and the data costs that come with it, the app-platform has a number of other benefits, says Moolla.

"It is much faster, and is much more convenient as it is a native (installed on the phone) app so is easier to use than a website which must be accessed via the phone's browser.

"The most exciting feature that we were able to implement because of this move is text-to-speech, where the phone gives the correct pronunciation of the phrase. This is particularly important where users aren't familiar with the language they are translating into, but can also help with learning the new language."

They are also working to include all eleven of South Africa's official languages, while extending the list of phrases available in each module.

"We ask that people contact us about phrases that they commonly use at the doctor, so that we can add them to the list," says Ashraf Moolla, Saadiq's younger brother and chief coder of the application.

Mobile Translate M.D. is currently available on Android and Blackberry devices, but plans are afoot to make it available to Apple and Windows users, too. 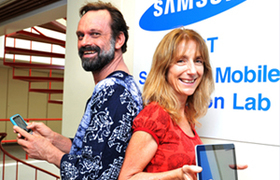 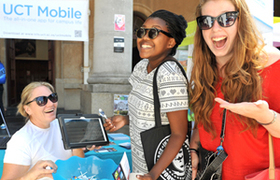