Four outstanding teachers are receiving Distinguished Teacher Awards at the December graduation ceremonies, marking the 32nd anniversary of the awards. Deputy Vice-Chancellor Professor Sandra Klopper said the honour is "the highest accolade given to UCT lecturing staff in acknowledgement of the value we attach to teaching and learning in the university's work". Here are excerpts from the motivations for their respective awards. 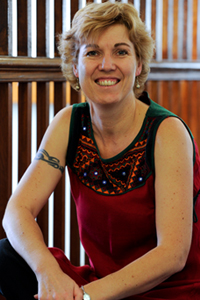 Macdonald writes: "I am passionate about learning, and every day I am grateful to have followed Confucius' directive: choose a job you love, and you will never have to work a day in your life."

Macdonald's teaching portfolio and her students' and colleagues' comments all indicate clearly that she is as passionate about her teaching as she is about her discipline, anthropology. She is a demanding teacher who inculcates a love of learning. Even in large undergraduate classes, Macdonald has a keen awareness of each student's individual needs.

Her dedication to 'radical education' stretches also to postgraduates, and she strives to ensure that the next generation of anthropologists will combine an excellent grasp of ideas and theory with a solid set of research practices, enabling them to compete internationally and to share her commitment to a transformative social justice agenda.

Macdonald's head of department writes: "Dr Macdonald is, first and foremost, someone 100% present in her lectures, tutorials, individual student consultations and, in corridor talk with students, as an interlocutor.

"Over five years of course evaluations, she is consistently described as being 'accessible', which - if one reads more deeply into the evaluations - one senses means that she is always, always interested in what students bring to the table and that this interest gets seen, appreciated, and taken up."

Among the substantial positive student affirmations about Macdonald's teaching style, one student's comment speaks volumes about her personality as an educator: "She creates an exchange relationship with students - she allows us the freedom to make teaching and learning choices, but she also expects us to take responsibility for the contributions we make... She shows students that she values their work. She motivates students and instils in them the desire to achieve, not just at the postgraduate level, but from an undergraduate level." 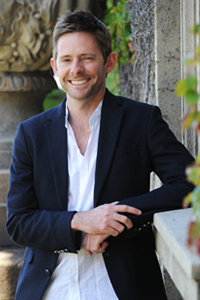 A PhD candidate in the Department of English Language and Literature described herself as being 'blown away for a full 40 minutes in a lecture given by Hedley Twidle, as he shared with his class ideas about the relationship between language, choice and consciousness.

She goes on to say: "He brought Nietzsche, Tolstoy, Jacob Zuma and a poem about an alien, knitting all these references together towards what felt to me like a revelation of sorts. Indeed I noticed around me many of those little 'um's' and 'ah's' and nods that invariably attend the rare moments when an audience is being authentically inspired."

Twidle works with students at all levels, from first-year undergraduates to PhDs, and is also involved in the department's MA in Creative Writing. Reflecting on what it means to teach English literature (or rather, literature in English) from a place like Cape Town, he suggests that this should be "a fluid and evolving thing: a practice that weaves continually between practical and theoretical, critical and creative, seriousness and lightness, private and public, work and play".

He was instrumental in reimagining the first-year curriculum, and in enhancing the training programme for graduate tutors. He's described as part of the core of the department, and on the pulse of student culture, which says much about the impression he's made in his short time at UCT.

His teaching portfolio speaks of his energy and commitment as a teacher: and his creative and inspiring curriculum development, as well as his ability to take an intellectual lead and inspire confidence in students, so allowing them to feel valued and safe, but also challenged and intellectually adventurous.

Twidle is credited with stirring a sense of inspiration in anxious and uncertain first-years. He reminds them that to be intellectually engaged is to be involved in a war against clichÃ©: against the use of careless and desensitised language that leaves one blind to the diverse perceptions, opinions, experience and existences of others. He attempts to show that literary studies is about far more than analysing novels and poems for exam purposes: it is concerned with the medium of all our thinking: language – something that is mobile, dangerous, unpredictable, miraculous. 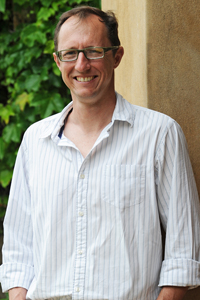 Rijsdijk is described as an inspirational teacher of film studies, film production and screen-writing. His energy, enthusiasm and deep generosity and passion for and encyclopaedic knowledge of the medium of cinema have captivated a generation of students. Rijsdijk has succeeded in giving them the tools necessary to engage critically with film.

"While students pursue the 'right' answers in essays and exams," Rijsdijk writes, "I believe that what is more important than the answers are the questions asked– I tell my first-years in the first lecture that by the end of the course – even if they don't continue to study film – they will be the smartest people in the room, not because they are cool and can make in-jokes about cult movies, but because they will have the tools to critically engage with the inundation of visual communication which they encounter every day.'

Rijsdijk inspires in small-group settings as well as in his large lecture classes. His screenwriting students are nurtured and encouraged to find their creative voices with his characteristic blend of firmness and kindness; his postgraduate teaching is likewise energised by what a colleague describes as "his characteristic mix of inventiveness and intelligence".

Students are enchanted by his lectures, "fast-paced, action-packed affairs," a former student writes, "moving deftly between a startlingly broad range of disciplines, drawing with ease from an unimaginably vast mental library of pop culture and high theory. Rijsdijk can link Friedrich Nietzsche to Han Solo in a single lecture and still have time for questions. Nobody explains films like Ian Rijsdijk".

Rijsdijk's connection with, and influence on, his students continues well beyond their UCT years, into their careers in the film industry. As one up-and-coming director declares, "there is absolutely no way that my career could have blossomed in such as way without my degree from UCT and the sage mentorship of Dr Ian-Malcom Rijsdijk, who, to this day, still remains an important advisor in my work. This after all must be the surest sign of good teaching: when a teacher remains a friend long after the final assignment was handed in." 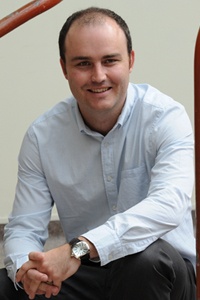 Maughan was one of the main drivers behind the introduction of a capstone course, Business Analysis and Governance, for undergraduate students in the Chartered Accounting stream. It was designed in response to the introduction of a new competency framework by the South African Institute of Chartered Accountants to enhance pervasive skills, or what UCT refers to as "graduate attributes".

The head of the college called the course an "outstanding success" and said that in his 20 years at UCT he'd never seen undergraduate students engage in the way they had to any single course. The success was attributed to Maughan's ability to challenge students to deal with the real business world, and to encourage them to participate by using a variety of novel teaching methodologies. These included a merger and acquisition project in which groups competed against each other; a JSE share trading competition using real companies as case studies for exams; and the explicit promotion of pervasive skills within the course.

The course's success was capped by excellent student evaluations. During the final lecture, in which winning teams gave an â€˜Idols-style' presentation, Maughan was given a standing ovation by the 2012 class.

Maughan's teaching philosophy is underpinned by a fundamental insight: Ken Bain's view that effective teaching results in deep learning, and that this is best achieved through the disruption of existing mental models.

If students can be quickly confronted by the fact that they do not have the necessary mental models to deal with a scenario, they are more receptive to learning, and more likely to retain that enhanced mental model. Maughan teaches his students that it's not only necessary to learn the tools related to finance and accounting, but also to have an awareness of the tools that other disciplines offer.

He is lauded as an excellent teacher with an ability to influence students beyond the classroom. One student wrote of Maughan: "Teaching isn't just being able to give out content; for me it's a lecturer who is able to stir me up to learn, read, and have a passion for learning more, and Paul exhibits all these qualities." 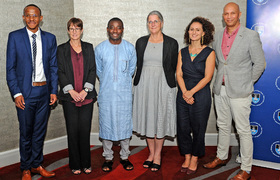