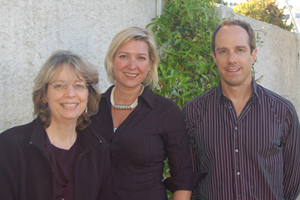 A national study involving over 10 000 adolescents could strengthen existing child protection and care systems and make South Africa a safer place for children.

The study - the first of its kind in South Africa - is a collaborative effort between the Centre for Justice and Crime Prevention and UCT's Department of Psychology and the Gender, Health & Justice Research Unit (GHJRU).

The GHJRU's director, Professor Lillian Artz, said the national incidence and prevalence study would address the gap in knowledge about child abuse and violence against children.

"Despite on-going media reports that highlight the extremely high levels of violence, particularly sexual violence, against children and young people in South Africa, there is no reliable national data that allows for a complete understanding of the problem, the contexts in which it occurs, and where resources can best be aimed," she said.

The study is funded by the UBS Optimus Foundation, which has funded similar research in Switzerland and China. The Department of Psychology's Professor Cathy Ward said the South African study would provide data on three key research areas:

Patrick Burton of the Centre for Justice and Crime Prevention said the data would help strengthen existing child protection and care systems.

"It will also help us identify where resources should be allocated, in order to prevent and intervene in cases of abuse and maltreatment. "In addition, the study is designed to generate comparative data to the Chinese and Swiss studies, also allowing the situation in South Africa to be analysed in an international context," Burton added.

The researchers will also collect data from child protection agencies servicing these selected areas and will explore gaps in both the reporting of child abuse and maltreatment, and the services offered to child victims after cases are reported.

The study will be repeated in five years and researchers believe the findings and recommendations could result in policy revisions that improve services for all children and adolescents in South Africa.

Both Artz and Ward are members of UCT's Safety and Violence Initiative (SaVI), a university-wide research collaboration that contributes to promoting safety, reducing violence and raising awareness about these issues.