Women's Day is cause for mourning, says UCT 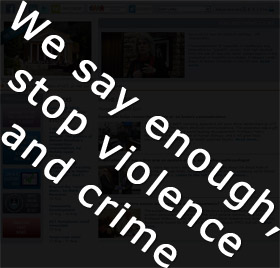 University to lower flag, black out website in protest against violent attacks on women and children

The University of Cape Town will fly its flag at half-mast on Friday, 9 August 2013 to protest against the unchecked rise of violent crime against women and children in South Africa. The university's website will be blacked out for the same reason.

The University of Cape Town rarely makes gestures at an institutional level, but we do so today because we believe the rate of violent crime against women and children threatens our existence as a healthy, progressive nation.

The case of the seven-year-old boy and the four-month-old baby girl who were raped in Ceres last weekend has shocked the country. So has the brutal "corrective rape" and murder of 26-year-old Duduzile Zozo in Thokoza in late June. So did the horrific gang rape and murder of teenager Anene Booysens in February this year. And on 7 August, according to an Independent News report, a 16-year-old witness stunned a courtroom into silence when he described how he and fellow gang members would rape and rob women in Freedom Park, new Johannesburg, after hitting them with a golf club.

But these are just some of the reported cases out of tens of thousands every year. Last week the World Health Organisation released a study that said South Africa's estimated rate of child homicide is more than double the global average.

According to other sources, there were more than 56,000 reported rapes in 2010/11 (that translates to more than 150 per day, with 46% of the victims under the age of 18). In addition, there is consensus among researchers that rapes are significantly under-reported in South Africa, and it is estimated that only one in 10 rapes are reported to the police.

We need to mourn the deaths, understand the physical and psychological damage done to the women and children who survive, and find ways to console their families, the survivors and each other. Most of us know someone who has been raped or abused. We need to demonstrate that we are a community that stands together in the face of such terror. So as an institution, we choose to view this day as one of sorrow for what South Africa loses with each rape.

By lowering the flag, UCT is saying to perpetrators that we do not accept that rape and violence are a normal part of our society. Instead, we hold out for a different, non-violent society. We support the disciplinary action taken last month against the two FHM journalists who made jokes about corrective rape on their Facebook pages. Violent crime is nothing to joke about.

By lowering the flag, UCT is calling on our own students to dismantle the so-called culture of violence and sexual entitlement and patriarchy that allows men to feel they have rights over women's bodies. We call on both men and women to speak out when you hear someone making sexually derogatory remarks about others. Speak out when you hear your friends objectifying members of the opposite sex. Talk seriously and honestly with your partner about what you each expect, about what is negotiable and what is not.

And finally, by lowering the flag, we signal to the government that it is failing us. We expect the state to protect us through efficient and well-resourced policing; we expect a criminal justice system that wins convictions and keeps criminals locked up until they are rehabilitated. We call on government:

For years now, UCT has been saying ENOUGH to violent crime. We are saying ENOUGH again this Women's Day. We will continue saying it until it does not need to be said any more.