Led by Dr Kevin Winter of the Department of Environmental & Geographical Science, the group will be joined by adventurer Riaan Manser, who has cycled around Africa and paddled around Madagascar and Iceland. Now he plans to take on the canals of Retreat, Steenberg and Rondebosch - and the mighty Black River in this next adventure.

"The annual Peninsula Paddle, which began four years ago, passes through many neighbourhoods of the city where the waterways are mistreated and neglected," said Winter. They aim to highlight the urgent need to deal with the social and environmental conditions in and around Cape Town's inland waterways. 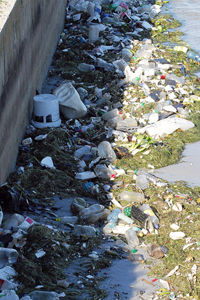 The paddle will also raise awareness of challenges facing the city and raises new awareness about pollution risks. It is hoped that this will change the way urban runoff and drainage systems are addressed and managed, says Winter.

"It also shows what has been achieved since the previous paddle 12 month ago. Organisations like the Zandvlei Trust and the Friends of Liesbeek, in partnership with the City, actively rehabilitate areas surrounding these waterways.

"The strategy is relatively simple: create space for people to enjoy, appreciate and value these waterways, and encourage the return of aquatic species and bird life."

This year the organisers want even more paddlers, particularly from the UCT community, to join the event. For more information about the Peninsula Paddle and to register for the event, visit peninsula paddle