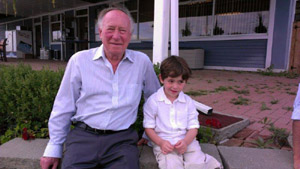 The Baxter Theatre Centre will host a Bring Him Home Concert on 4 November in support of Emeritus Professor Cyril Karabus.

Karabus is on bail in the United Arab Emirates following his arrest there on 18 August 2012. He was arrested while in transit through Dubai from the United Kingdom to South Africa following charges for the death in 2002 of a three-year-old girl who had acute myeloid leukaemia.

Karabus had treated her at the Sheikh Khalifa Medical Centre in Abu Dhabi, and had returned home after concluding his locum.

Though he was unaware of the charges and conviction, he was tried and convicted in absentia in the UAE criminal courts on charges of manslaughter and falsifying documents. His sentence includes imprisonment and the payment of compensation.

Karabus served as the head of the Department of Paediatrics and Child Health in the Red Cross War Memorial Children's Hospital and as professor of paediatrics at UCT for more than 35 years. He is an international expert in the field of paediatric oncology and haematology.

The concert will be produced by Ivor Joffe and directed by Deb Newman Jardine. Tickets are R180 and can be booked through Computicket.