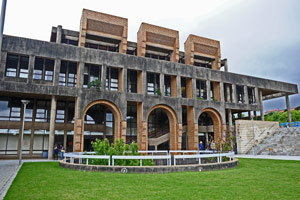 Blow to human rights: The UCT law faculty maintains that a recent decision by southern African leaders regarding the SADC Tribunal "shows a disgraceful contempt towards the citizens of the SADC region".

UCT's Faculty of Law is "dismayed and outraged" that the Southern African Development Community (SADC) has "effectively" robbed individuals who feel they had been denied justice in their home countries of the opportunity to seek legal recourse.

At a recent summit, SADC's heads of state determined that the SADC Tribunal, which was suspended in 2010, can only hear disputes between member states.

"By this measure, SADC has blocked a potentially effective mechanism for the protection of human rights, because it has removed the last opportunity which individuals in the region had to protect themselves against abuse by their own governments," the law faculty said in a statement.

The tribunal was suspended after Robert Mugabe's regime challenged the legality of the tribunal when it ruled that Zimbabwe's land grabs were illegal and racist.

"The decision has shut down an institution which was designed to hold SADC governments to the principles which they themselves accepted as necessary for the well-being of their own people," read the faculty's statement. "Such an open retreat from accountability implies that democracy, human rights and the rule of law, including the independence of the judiciary, are not sacred principles for the protection of the citizens, but merely irritating obstacles to the people who govern them."

Download the full statement by the UCT law faculty on the suspension of the SADC Tribunal.