Five UCT scholars had reason to pop the bubbly last night; they were named among the country's science and technology trailblazers when the winners of the National Science and Technology Forum (NSTF)-BHP Billiton Awards were announced at a gala event in Johannesburg.

These NSTF-BHP Billiton Awards set out to reward excellence in scientific research, technological innovation, education, capacity building and communication. UCT scholars were named among the finalists of no less than 18 categories of this year's awards.

The UCT winners are: 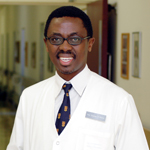 Professor Bongani Mayosi, for his outstanding contribution to Science, Engineering, Technology and Innovation (SETI) through management and related activities over the last five to 10 years or less. Mayosi was commended for his work in building, managing and leading capacity development in research at Groote Schuur hospital, which has achieved very significant output, and has led to the discovery of genetic causes and prevention of heart disease and clinical features of pericardial tuberculosis. 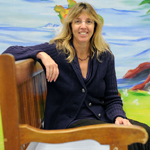 Professor Heather Zar (UCT's latest A-rated researcher), in the category TW Kambule Awards: To an Individual for an Outstanding Contribution to SETI through Research and its Outputs over the last five to 10 years - sponsored by the National Research Foundation (NRF). "She has led the development of a strong, clinical translational research programme, producing cutting edge research that has changed global practice and improved child health through better diagnostic, preventative and management strategies," read the citation. 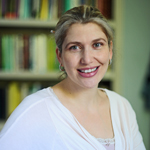 Dr Amanda Weltman in the category TW Kambule Awards: To an Emerging Researcher for an Outstanding Contribution to SETI through Research and its Outputs - over a period of up to six years after award of a PhD or equivalent in research - sponsored by the NRF. "Dr Weltman has provided a testable theory explaining the mysterious force causing the universe to accelerate, so-called Dark Energy," noted the citation of Weltman's development of what she calls the 'chameleon mechanism'. 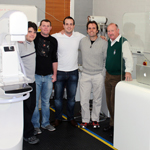 Dr Kit Vaughan and the PantoScanner Team at CapeRay Medical (Pty) (Ltd), a UCT spinout company, in the category To an Individual or a Team for an Outstanding Contribution to SETI through Research leading to Innovation: in an Small, Medium or Micro-Enterprise. CapeRay's Pantoscanner is enhancing clinicians' ability to diagnose breast cancer by combining the best of low dose X-rays and ultrasound. 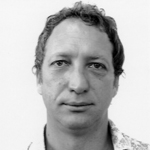 Dr Peter Carrick in the category To an Individual or a Team for an Outstanding Contribution to SETI through Research leading to Innovation in an NGO (Non-Government) or CBO (Community-Based) or NPO (Non-Profit) Organisation. Carrick's Namaqualand Restoration Initiative uses extensive and ongoing ecological research, and business and socio-economic nous to design and implement systems that restore globally important biodiversity and generate livelihoods through the rehabilitation of degraded lands.

The awards are a major recognition of the impact of UCT's research, said Professor Danie Visser, deputy vice-chancellor for research.

"The NSTF-BHP Billiton Awards - covering a range of categories and disciplines - are yet another reminder of the esteem and prestige with which UCT scholars, senior and up-and-coming and even retired, are viewed in the country," said Professor Danie Visser, deputy vice-chancellor for research. "The fact that our scientists were nominated in no less than 18 categories should serve as an illustration of the depth and scope of contributions that they do and can still make to South Africa, Africa and the world - we are very pleased with the university's showing in this year's event."