Save Our Skins (S.O.S.) under African skies 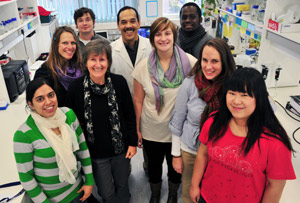 As we exit a warm and beautiful summer in our southern pocket of the Earth and usher in winter, the temperatures are slowly starting to drop and we all collectively exchange our short sleeves and shorts for warmer pants and jerseys.

As we start to abandon the once sun-drenched beaches, it is easy to think that the setting African sun is getting cooler too.

Surprisingly, this is a common misconception among many. The fact is, even though the temperature is dropping , the amount of UV radiation emanating from the sun - the rays that actually cause damage in our skin cells' DNA and may lead to cancer, has not diminished irrespective of the season. The only aspect that has really changed is the angle at which the sun strikes the earth.

Africa is the world's second-largest and second-most-populous continent. At about 30.2 million kmÂ², including adjacent islands, it covers 6% of the Earth's total surface area and 20.4% of the total land area. With approximately one billion people, it accounts for about 14.72% of the world's human population. The climate of Africa ranges from tropical to subarctic on its highest peaks. Africa is the hottest continent on earth; drylands and deserts comprise 60% of the entire land surface. The UV irradiation is the highest around the equator and although it is less over South Africa, environmental factors such as carbon dioxide emissions, increased green house gases, etc, have led to an increased irradiation through the atmosphere.

Seasonally in South Africa, there is a small difference between UV radiation which sounds out a loud warning to folks who, on balmy winter days, think that no protective sunscreen is needed and sun exposure/tanning can be increased to much longer because they do not feel uncomfortably hot. So how much sun can we handle safely and how much is enough?

Well, a guiding principle to judge this is knowing your minimal erythemal dose (MED). One MED is scientifically defined as the minimum dose of solar radiation needed to produce skin erythema ("reddening"). Put plainly '“ the time it takes before one feels the sun "burn". Of course, what one immediately realises is that this will vary from one skin type to another. The classification of skin has been a topic of intense conjecture through the years, none more so than in a South African context for obvious political reasons. However, it is pertinent at this point to distinguish between classifications of "skin colour" and the dermatologically defined "skin type". In 1975, Fitzpatrick, a dermatologist, introduced a classification system in which skins were categorised from Type I - "very light/Celtic looking" through a grade of darkening to skin Type VI representing "very dark/black" skin.

A quick way to measure your MED is by going out into the sun during midday and exposing a normally sun-exposed area such as the forearm, to the sun. Importantly, note the time from first exposure till the first feeling of sunburn. This time is then considered to be 1xMED and is specific for your skin type. This time will vary seasonally and it must additionally be noted that previously sun exposed areas of the skin will have a higher MED than non-sun exposed areas. The good news is that exposure in the sun to 1 MED is just enough to activate the production of the pigment, melanin, in skin cells '“ the pigment which protects the cells from damage and causes overall darkening and even tanning of the skin. The bad news is that the majority of sunbathers expose themselves to numerous MEDs which may lead to irreparable damage to skin cells and increase the potential risk of skin cancer.

Remember then, during that long, lazy walks on a sun-drenched beach on a cool winter's day, protection is still needed to "save our skins".