On the value frontier of South African wines 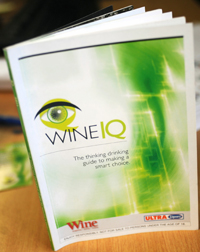 You may be missing out on some great wines when you shun the bargain bin. So says Dr David Priilaid, who has developed an algorithm that cuts through the labels, snobbery and guesswork and will help wine lovers pick up some well-thought-of bottles at very good prices.

Back in the days when Dr David Priilaid was, as he says, "a poor (and thirsty) UCT student", he always felt that buying wine was a hit-and-miss affair. What with wines often typecast by price and recognisable only by brand and award-stickers, he somehow needed to cut through the clutter.

"What I needed was a no-nonsense, pain-free method of making an optimally informed purchase decision before any exchange of cash," he says.

And so more than a decade on, Priilaid, now entrepreneurship lecturer in UCT's School of Management Studies, has done just that. His 'method' comes in the form of a best-value-for-money guide, WineIQ, released last year and covering some 1,358 wines from eight South African-grown cultivars.

Priilaid, together with Professor Paul van Rensburg of UCT's School of Finance and Tax, developed a "multi-factor regression model" to tell consumers which wines to buy at any particular price-point. The model is based on the premise that some wines, based on their ratings, may well be worth more (or less) than the price would suggest. 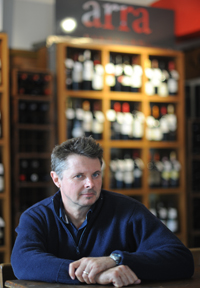 Priilaid explains that all too often consumers buy with a focus on the brand label and price tag. This, he explains, induces a placebo effect, and clouds wine drinkers' judgement. "Some of my early research has found that when drinking wine, the first thing you taste is the price, then the region of the wine, and only then what's actually in the glass," he says.

In South Africa, consumers rely on two ratings systems that often - and controversially - produce varied results. It's to be expected though; Platter's SA Wine Guide bases its out-of-five-stars rating on sighted tastings (reviewers know what's on the label), while the erstwhile Wine magazine did so blindly, relying only on the reviewers' taste buds.

Both have their place, Priilaid says.

But what WineIQ does, as Classic Wine magazine editor Cathryn Henderson succinctly puts it, is "acknowledge the merits of each, and takes both methods and resulting ratings into account, as well as that all important factor in any purchase: value for money".

To calculate a particular wine's actual rand value, Priilaid and Van Rensburg apply a statistical method known as regression analysis - which works out the relationship between a dependent variable and one or more independent variables - on the wine's shop price, its published blind and sighted ratings from Wine magazine and Platter's, and its cultivar (say, merlot versus chardonnay).

They then use that rand value to compute a value-for-money percentage. That formula is a little simpler:

[See examples in the table below]

"With so many potential wines to choose from, WineIQ helps by telling you which wine offers the best value for money given your budget and choice of cultivar," he says.

While the booklet was based on a 2011 dataset, the project is ongoing. "We are continually adding new wines from current Platter and Classic Wine ratings," he adds. "Thus, at any given time we could calculate the top-500 best value-for-money wines. This is of enormous value to retailers and consumers of wine - our university included."

The added hook is that the system can be applied to wines and rating systems from any country with equivalent rating systems. For South African consumers, Priilaid is also considering a WineIQ app.

Until then, he'll continue his research into why the placebo effect of price is so powerful - an area of particular interest to him - while drinking wine, well, thoughtfully.