There can be few better ways to tend to the talents of the next generation of scholars than to get a handful of the older guard to do the tending. That about sums up UCT's Visiting and Retired Scholars Mentorship Programme. Funded by the Mellon Foundation and managed by the Research Office, the project allows young academics to pick the brains of some very seasoned veterans, who hail both from UCT stock and from universities elsewhere on the globe. We focus on a couple who have recently served as mentors. 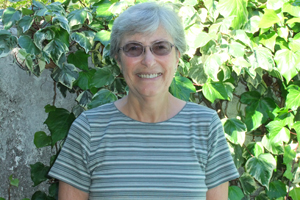 Emeritus Professor Carole Rakodi was formerly based (and currently holds an honorary position) in the International Development Department at the University of Birmingham, UK. Through her research on urban development in Africa, she'd had contact with doctoral graduates and young academic staff from across the continent. Her previous work - and work with international students in the UK - had also shown that young academics get very little support from overtaxed senior scholars, said Rakodi, so the UCT mentorship programme is a step in the right direction. Such initiatives are needed, even at UCT, a university that can recruit well-qualified and able young researchers. "All young academics have to learn the craft of writing for publication, start to design their own research projects, prioritise the things they need to do to forge academic careers and learn to manage competing priorities." Essentials for long and fruitful careers. 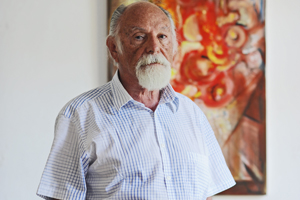 Emeritus Professor Kurt Danziger, whose work on the history of psychology has earned him international recognition, would say that he's lived a little on the edge. Born in Germany, he moved with his family to South Arica, completed degrees in chemistry and psychology at UCT, studied at Oxford, and then moved to Australia. He returned to South Africa in 1954, and after a stint in Indonesia would return to UCT to head the Department of Psychology. But his opposition to apartheid policies forced him to leave for Canada in 1965, and he was only allowed to return to South Africa after 1990. Along the way, he learnt a thing or two about psychology and its growing popularity as a field of study. "The size of the senior classes is so much bigger now," he says. "Larger classes require more structure and the mentoring programme does something to restore the one-to-one learning balance."