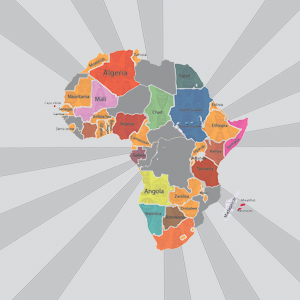 Reaching out: At one count, UCT has set up relations - from memoranda of understanding and exchange agreements to publishing collaborations and research contracts - with 36 countries across the continent. That's not counting activities with other South African universities. (Based on information provided by the International Academics Programmes Office, the Research Office and the Research Contracts and Intellectual Property Services.Illustration by Marcel Gaines.)

It's been a couple of years since Dr Max Price introduced the word Afropolitanism into the UCT lexicon. Since then, it's fallen to Professor Thandabantu Nhlapo, deputy vice-chancellor with portfolio responsibility for internationalisation, to be UCT's Afropolitanism emissary, dropping the word (full title: Internationalisation with an Afropolitan niche) - into conversation and lectures wherever he can. We caught up with Nhlapo to get a sitrep on the state of Afropolitanism at UCT.

MP: You once said that people shouldn't overthink Afropolitanism. What did you mean by that?
TN: What I meant was that I would like to see our attitude towards Afropolitanism at UCT being more laidback, less stressed. I want us to get away from looking over our shoulder at our competitors and to accept that visible engagement on the continent is good for us and for its own sake. We should be at a place where our African-ness is a matter of fact, as a university located in Africa and thinking about African issues and problems - and African solutions to those problems.

MP: What then, in its simplest form, is Afropolitanism?
TN: I would say it's a mindset rather than a project. A mindset of being 'comfortably African' in the way described above, driving a myriad of projects, collaborations and engagements. A strong pillar of Afropolitanism is our desire to specialise in knowledge on and about Africa. This is achieved through a variety of initiatives and engagements, from research collaborations to co-supervision of postgrads; from joint curriculum design to staff and student exchanges; from external examining to joint participation with continental partners in global networks.

MP: Did we have to start from ground zero at UCT once the word was formally introduced here?
TN: Not at all. In fact, a data map compiled by the International Academic Programmes Office as far back as 2005 was an eye-opener in that it showed up over 400 relations of various kinds between UCT academics and institutions across Africa. The activity had always been there. I think what the Afropolitan vision added was twofold: the assurance to colleagues already involved in African partnerships that their work was valuable; and a signal to other colleagues that initiatives in this direction would be supported. 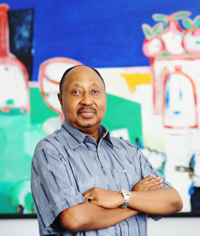 MP: Does UCT have a handle on the extent of that activity?
TN: Not yet, unfortunately. The database is a work in progress, and will soon link up with other university-wide initiatives to enable easy access to UCT information in general. We are slowly getting to a point where we will fully understand the spread of activities. But the numbers are very encouraging: there are currently 34 projects classified as Afropolitan that are supported by the Vice-Chancellor's Strategic Fund. In 2011 alone we signed nine MoUs with African partners, with a strong commitment to make them active in 2012.

MP: Do you have a sense that this mindset is becoming the norm at UCT?
TN: I think it is. Making Afropolitanism a strategic goal of UCT has given it prominence and enabled initiatives under that umbrella to be monitored and evaluated. For instance, the reporting requirement under the VC's Strategic Fund means that one gets an annual handle on what is going on across the University. The goal features prominently these days in academic conversations at UCT, as shown by the recent discussion at the UCT Strategy Forum.

MP: If the international ratings are correct and UCT is streets ahead of any other institution in Africa, was it hard to convince UCT academics of the value of working with other African institutions?
TN: There was a lot of debate initially, and some academics were not convinced of the value. What turned the tide was the acknowledgement of the vast amounts of good work already being done, and the intriguing proposition that UCT is perfectly placed geographically to act as an international meeting point between Africa and the rest of the world. This is the niche - to position ourselves as the go-to place for knowledge about Africa. So if someone wants to prospect for minerals in Zambia, or construct a dam or a highway in Burkina Faso, they shouldn't have to go to England or Massachusetts for information on the economic climate or the constitutional and legal framework in these countries. They should be coming to UCT. For this to happen, our academics need to see continental engagements as an exciting path to new knowledge which simultaneously contributes directly to the wellbeing of African populations from South to North. It is a win-win situation.

MP: Where are we now along the Afropolitan strategy, in 2012?
TN: We are quite some way along. We have discovered where the interest lies and have uncovered the obstacles we need to overcome, one being the funding problem. Another is the lack of implementation guidelines to steer and co-ordinate all the various initiatives. Yet another challenge is to finalise solutions to issues such as course accreditation, joint degrees and co-badged qualifications. And there are external pressures as well, like Ivy League universities setting up camp in our own backyard. Unless we are clear about our own goals, we will forever be reacting to such developments. The guidelines to be promulgated in 2012 will bring some much-needed clarity to these issues.