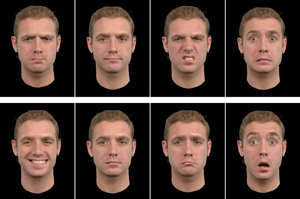 It was the advent of DNA profiling in the 1980s that confirmed the scale of a problem that many law courts around the world had long recognised but underestimated - that eyewitness identification frequently leads to miscarriages of justice. So explained UCT's Professor Colin Tredoux in his inaugural lecture, Pragmatic Psychology and the Perils of Eyewitness Identification, in September.

Since 1990, Tredoux explained, 273 prisoners in the US have been exonerated by DNA typing of biological evidence. In 75% of these cases, the people - the 273, of whom 17 were on death row, had spent an average of 13 years in prison - had been found guilty, in large part, on the word of eyewitnesses.

"The testimony of eyewitnesses has long been of considerate importance in criminal cases," said Tredoux early in the lecture, "and it has also long been clear that mistaken eyewitness identifications can lead to terrible travesties of justice."

Tredoux, of UCT's Department of Psychology, had many examples to cite, including that of Norwegian émigré Adolf Beck who, in 19th century London, was mistakenly identified as a conman and spent years in prison as a result. Then there's the case of the so-called Eikenhof Three in South Africa, imprisoned for the murder of three people in 1993 but released in 1999.

Psychologists have naturally been intrigued by the phenomenon, what with its questions of memory, perception, and even suggestibility. As a discipline, psychology had over the years adopted a hands-on approach to the problem, explained Tredoux.

"The approach has been thoroughly pragmatic," he said, "and I can summarise it for you very simply as 'study something you can do something about'." 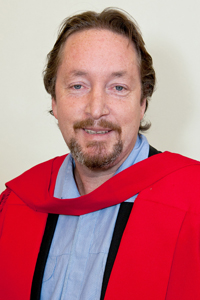 Psychologists have researched and written about many aspects of eyewitness identification, including how eyewitnesses are interviewed by police and how line-ups - mythologised by Hollywood - are put together.

Tredoux has been particularly interested in line-ups, and how fair they are; or, at least, how fair they are meant to be. To be fair, he explained, suspects and 'foils' - the other people in the line-up - have to bear some resemblance to each other.

For his own studies, and inspired by work done in similar fields elsewhere in the world, he has called upon his training and experience in psychology, statistics and computer science.

When using pictures - rather than 'live' people - Tredoux and others have explored the use of computer-generated eigenfaces to create "artificial or synthetics foils". Eigenfaces are constructed by analysing sets of face images with statistical techniques. New faces can be created by combining the eigenfaces using what's known as a weighted sums approach, where different eigenfaces are given different 'weights' or values, and then added together.

Not only could Tredoux use eigenfaces to measure the fairness of police line-ups, but also to construct better quality, fairer line-ups.

(Along the way, Tredoux and some collaborators won a science photography prize for their eigenfaces, in work not related to eyewitness identification, creating a set of images of average Irish faces.)

But "pragmatic psychology" has had only "moderate" success in combating the errors of eyewitness identification, according to Tredoux.

He presented, in closing, some controversial considerations about the case of the 'Station Strangler', thought to be responsible for at least 22 murders in the Western Cape between 1986 and 1994. The identification of the person convicted for one of these murders, Avzal Simons, was itself suspect - the trial judge took a "superficial resemblance to a face composite" into account, the line-up contained members who were not similarly dressed, and only the suspect had a distinctive facial scar. The validity of Simons' confession is also disputed, and biological evidence at two of the murder sites did not match Simons, but did match each other, said Tredoux.

Some theory was need to balance out the "gumboots and all approach" of psychology, he proposed. And that theory should go further than offering a 'black box' explanation, telling us why changes in procedures used to elicit identifications should yield more accurate results.