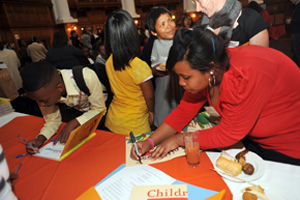 Children's participation in decisions that affect them is essential for improved service delivery.

This is one of the key messages of the South African Child Gauge 2010/2011, released on 16 August by UCT's Children's Institute. The launch, hosted jointly by the institute and UNICEF South Africa, made one thing very clear: children not only have the right to be heard, their say-it-like-it-is points of view are a good measure of the state of our democracy.

To drive the point home, the launch was rung in by children. In a meeting with press, the children highlighted some of their concerns - the shortage of libraries, parents who spend grant money on booze and drugs, and children's safety, among other things.

The new Child Gauge - the sixth - puts children's political rights under the spotlight, drawing on legislation such as the Children's Act. 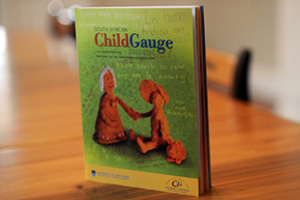 All professionals working with children are now legally required to tell children what's going on, inform them about their choices, find out how they feel, and take these views seriously. (The Gauge recounts the story, for example, of a 15-year-old girl from the Eastern Cape whose public submission on forced child marriages was eventually adopted by Parliament.)

The publication also points out that children have the right to participate in the running of schools and other learning centres.

Speaking at the launch, Minister of Women, Children and People with Disabilities, Lulama Xingwana, acknowledged hurdles to service delivery, often pointed out to her by children.

But just like government, parents, too, should pay closer attention to what children are saying, she pointed out.

"Don't dismiss; listen," she said. "It grows self esteem and builds capacity for children to take decisions that shape their future."