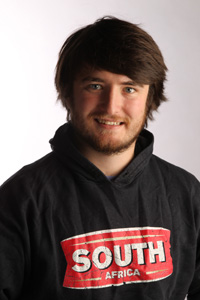 I recently attended the third annual Center for High Performance Computing (CHPC) Winter School, held from 3 to 10 July at, for the first time, Wits University. I was among the 50 postgraduate students, from diverse academic backgrounds, who took part.

The purpose of the school was to give students like me a concise yet wide-ranging introduction to high-performance parallel computing, as well as to the many high-performance computing facilities available in South Africa. These are themes we touch on in class, but very rarely have an opportunity to get to grips with.

It's essential for our work because the complexities of the models we wish to simulate are ever increasing. Whether it be for applications like mine, in computational fluid dynamics, or, for some of my friends and peers who attended, in financial modeling, oceans modeling, astrophysics and even biomedical engineering.

A number of important topics were covered, including HPC architecture, Hadoop database language, OpenMP and MPI as well as the Cuda GPU programming language. I attended lectures in the mornings, whilst during the afternoons everyone was given the chance to implement on the Wits computing cluster what they had learnt earlier in the day.

Impressively, the CHPC managed to bring one of the original developers of the MPI communications protocol, Professor Rajeev Thakur of Argonne National Labs in Chicago, to the school. He lectured for two days on MPI, the most widely used protocol on all the supercomputers around the world, and his expertise and insight certainly shone through.

It was an intense seven-day course, but waking up early on bitterly cold Highveld mornings and arriving back at res only after dark proved well worth it in the end. I particularly enjoyed meeting students from different research backgrounds and hearing how they planned to use high-performance computing in their particular field. Many thanks must be given to the CHPC, to Wits and to the Computer Science and Applied Mathematics departments at Wits for funding and hosting the school. I would certainly recommend this course to any postgrad student who thinks they may have a need to use an HPC in their future research.