Master's course in Muslim personal law is a first 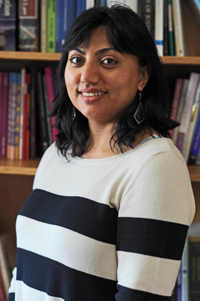 New courses: Dr Waheeda Amien is the co-convenor and co-presenter of a new master's course in Muslim personal law.

From July, UCT will offer South Africa's first university course in Muslim Personal Law and Human Rights at master's level - one of four courses that make up the Faculty of Law's interdisciplinary master's degree in human rights.

Muslim personal law is highly topical in South Africa, especially in light of Cabinet's recent approval of the Muslim Marriages Bill for consideration in the parliamentary process. This draft legislation is made possible by section 15(3)(a) of the Constitution, which enables the state to enact legislation that recognises and/or regulates religious marriages or religious personal law systems, among other things.

It also raises pertinent and complex questions relating to conflict between human rights, in particular the relationship between gender equality and religious freedom, as well as issues involving legal pluralism.

The course is designed to address such issues in a systematic fashion. The first part of the course will explore the religious, ethical and moral underpinnings of Muslim personal law, paying particular attention to the sources of Islamic law and the different Islamic schools of thought. This will be followed by a consideration of prevailing theories of legal pluralism, including the different ways of incorporating Muslim personal law into secular legal frameworks.

The course will undertake a comparative study of minority and majority Muslim contexts, including (but not limited to) the current debates in South Africa regarding the Muslim Marriages Bill, the controversies that surrounded the Shari'a arbitration tribunals in Canada, and the role of a secular judiciary in interpreting Muslim personal law, as evidenced in the Indian context.

The co-convenors of the new course are Professor Abdulkader Tayob, who holds the National Research Foundation Chair in Islam, African Public and Religious Values in the Faculty of Humanities; and Dr Waheeda Amien, a lecturer in the Faculty of Law and a leading member of the Recognition of Muslim Marriages Forum, which is a South African-based network of individuals and organisations who are campaigning for the legal recognition of Muslim marriages in South Africa. She is also a co-founder and trustee of Shura Yabafazi ('Consultation of Women'), a group that engages in issues relating to Muslim personal law.

Dr Muneer Fareed, a visiting lecturer at UCT and a member of the Fiqh Council of North America, the highest Islamic legal authority in the US and Canada, will co-present the course with Amien. Fareed's speciality is Islamic Law, and he is a trustee of the American Learning Institute for Muslims - a specialised academic institution where scholars, professionals, activists, artists, writers and community leaders come together to develop strategies for the future of Islam in the modern world.

In 2012, Muslim personal law will also be introduced as an elective in the Bachelor of Laws degree at UCT.