UCT graduates are a class act 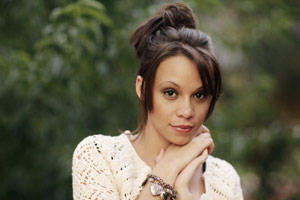 Rosa Whitcher and Ephraim Gordon, who both obtained their degrees in drama last year, have made it to the top eight of the competition. That puts them in line to win the ultimate prize of an eight-week visit to a film school in the US, along with an acting contract.

The 13-weekly series, aired on SABC 1 at 18h30 on Saturdays with the results show on Mondays, allows the actors to perform in short movies while the audience at home vote for their favourite performances. The two UCT alumni were paired in a scene last week, and according to Whitcher, the show is having a huge impact on her career.

"The film and television industry is hard to crack into," she said, "but this show has given me an opportunity many students leaving university can only dream of. It gives you public exposure, teaches you how to deal with being in the spotlight, and connects you with top people in the industry."

Whitcher noted that the UCT School of Drama is highly regarded by filmmakers, but that has put them under more pressure than the other contestants. On the other hand, she has also been offered a job by an independent filmmaker.

"I'm proud about that. It makes you feel that all the hard work is paying off in the end."