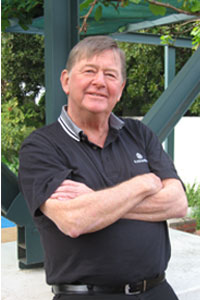 There were plenty of UCT faces among the 37 individuals and organisations honoured by the City of Cape Town when Mayor Dan Plato presented the city's 2011 civic honours at the end of April.

The honours were awarded in three categories.

Signing of the Civic Honours Book, an invitation to honourees to sign or inscribe their names against a citation of their achievements in the Civic Honours Book. This book is kept by the city for future generations to remember Cape Town's great citizens. Those with UCT ties in this category included Emeritus Professor George Ellis of the Department of Mathematics and Applied Mathematics; David Kramer, who received an honorary doctorate from UCT in 2007; the late Phyllis Spira, who taught countless students at the UCT School of Dance as part of her tenure with CAPAB Ballet; UCT alumnus Patrick Tebbutt, former judge of the Cape High Court, honorary fellow of UCT's Smuts Hall residence and dedicated patron of the UCT Rugby Club; and Dr Franklin Sonn, who serves as an executive-in-residence at the Graduate School of Business.

Plato also presented the Mayor's Medal to a number of individuals and organisations to acknowledge their outstanding contributions in a voluntary capacity. Among the recipients were Emeritus Professor Solly Benatar, founding director of UCT's Bioethics Centre; Emeritus Professor Dave Dewar, who retired from UCT at the end of 2010 after 39 years with the School of Architecture and Planning; Professor JC (Kay) de Villiers, who formerly held the Mauerberger Chair of Neurosurgery at UCT; and alumnus Dr Barry Smith, who spent 33 years with UCT's Faculty of Music until his retirement in 1999.

The City also awarded the honorary title of alderman to six recipients.