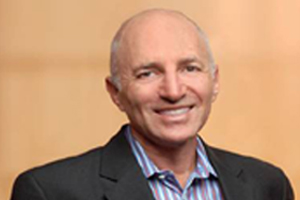 Winning ways: Prof Michael Hayden, here delivering a talk at an Alumni Leadership Forum at UCT in 2008, has won a prestigious research award in Canada.

UCT medical graduate Michael Hayden, now professor of human genetics and molecular medicine at the University of British Columbia in Canada, has been named as the winner of the Canada Gairdner Wightman Award.

The award is given to Canadians who has demonstrated outstanding leadership in medicine and medical science throughout their careers. It forms part of the annual Canada Gairdner Awards, considered to rank among the world's most esteemed medical research prizes.

Hayden is the first British Columbian to win the Wightman Award. It recognises the work he has conducted with his team to identify genes for numerous rare disorders, and which have since been linked to other more common diseases such as diabetes, heart disease, and chronic pain. He has also made significant contributions to understanding the genetic and molecular pathways leading to Huntington disease.

In addition, Hayden founded three companies to develop screening tests and treatments based on these discoveries. He also initiated and leads an international effort to help HIV/AIDS-ravaged communities in South Africa.

The Canada Gairdner Awards will be presented in Toronto on 27 October.