Many programmes of study across the university, from commerce to engineering to health sciences, have added 'ethics' to their curricula. In some cases there is a full course on ethics, while in others ethics makes a cameo appearance within a course. But not a year goes by without the addition of a new programme or course that contains an ethics component. While this is a welcome trend, there are some important questions that need to be asked, writes Professor David Benatar, head of the Department of Philosophy.

The word 'ethics' has many different meanings. 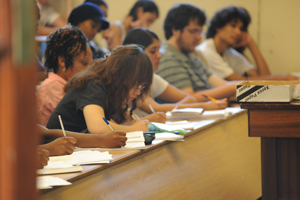 In one sense, it is simply a synonym for 'morality'. In this sense one might refer to an action as being 'ethical' or 'unethical' if one wishes to describe it as morally acceptable or unacceptable. This is not typically the sense in which the word 'ethics' is used in university curricula. The teaching of morality has some limited role in universities, and often features in the hidden curriculum. For example, a clinician who is teaching medical students might teach morality by setting an example of how to treat patients.

However, because universities are primarily institutions of academic learning rather than of moral instruction, within the university context 'ethics' refers more commonly to 'the study of morality'. There are at least two ways in which morality might constitute the subject of study.

First, one might study what people - individuals or groups - think about morality. Scholars in religious studies might study different religions' views of morality, and anthropologists might study the moral views of different cultures. In this sense, ethics is a descriptive study. One learns about what people think rather than evaluating those moral beliefs.

Alternatively, morality might be the subject of philosophical evaluation - hence ethics (or moral philosophy) as a branch of philosophy. The aim here is to critically evaluate competing views about which actions are right (or wrong), to develop theories about what makes some actions right and others wrong, and to ask metaethical questions about the whole domain of ethics.

There is a third sense of 'ethics' that is relevant in the university context. In this sense, 'ethics' refers to codes of professional practice. Accountants, doctors, psychologists and others have codes of professional ethics with which they are expected to comply. 'Ethics' in this sense bears some relation to the descriptive study of morality referred to in the preceding text.

Why we should teach ethics depends in part on what one means by 'ethics'. 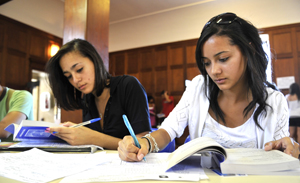 The problem with this view, however, is that while universities can have some role in promoting the moral behaviour of students, incorporating ethics into the curriculum is very unlikely to have that effect. Knowing what professional codes say, or being able to think philosophically about ethical issues, is no guarantee that one will be morally good. This is because there is a difference between moral knowledge and moral action. One might fail to do what one should do even if one knows that one should do it. For this reason, I do not think that improved moral behaviour, worthy though that goal is, should be a central justification for the inclusion of ethics in the curriculum. If it is, it is bound to disappoint and perhaps cause a backlash against ethics teaching in the future.

Some professional bodies require that ethics be part of the curriculum, but they are unclear about what they mean by 'ethics'. Do they mean merely the teaching of professional codes of behaviour, or do they mean the critical evaluation of competing views about right and wrong? If they are unclear, how should we as a university respond to that ambiguity? My own view is that professionals do need to be familiar with the codes of practice that govern their professions, but teaching these is a relatively straightforward enterprise. The academically interesting project is to teach students to critically evaluate those codes and other views about right and wrong. Not only is this academically interesting, but it is also important in other ways. Parroting received moral wisdom and slavishly complying with the codes to which it has given rise promotes moral complacency and intellectual stagnation. Insofar as universities seek to open the minds of their students and promote critical thinking, the philosophical study of morality is important, even if non-philosophy students get only a taste of it.

Who should teach ethics?

The answer to this question also depends on what one means by 'ethics', and the failure to distinguish the different senses has led to some inappropriate disciplinary boundary crossings. Anybody can be a living example of how (or how not) to behave. Ethics in this sense could be taught by anybody, but this is not part of the formal curriculum. The teaching of descriptive ethics is best left to those with the necessary expertise in the relevant field. Thus, it would presumably be religious studies scholars who would be best equipped to teach what religious groups think about various moral questions. Neuroscientists might be most qualified to teach about what happens in the brain when people make moral decisions. And professionals of various kinds who are familiar with their professional codes are suited to teaching about those codes.

A big problem occurs, however, when people without any (or with only inadequate) training in philosophy deem themselves capable of teaching ethics in the sense of critically and normatively evaluating what we ought to do. These people face the following challenge: Either ethics (in this sense) is something that needs to be taught (perhaps because the relevant skills require cultivation), or it is not something that needs to be taught.

If it does not need to be taught, there is no point teaching it. If, however, it does need to be taught, then those who teach it must have the relevant qualifications. What counts as a qualification is, of course, a difficult matter. Interest in the subject is not sufficient. The proliferation of ethics courses and programmes has also been a two-edged sword. Those taking these courses are often thought to be qualified to teach the subject. However, many ethics courses are service courses rather than courses that give those taking them sufficient training to be able to teach the subject. When they do teach, those who are taught then think that they are in turn qualified to teach. The result is an academically embarrassing charade.

While philosophers do not pretend to teach medicine, for example, even if they have taken a first aid course, it is not unusual for doctors to think that they can teach what in effect is philosophy. The danger here is that as an institution, we could dumb down the teaching of ethics. This is not to say that there is no place for a suitably trained non-philosopher in the teaching of ethics to professional students. Instead, it is to say that there ought to be much better and more nuanced (even if informal) accreditation than we currently have.

Those who include ethics in their curricula should give some thought to what they mean by 'ethics'. This would help clarify the point of teaching ethics and would provide some indication of the requisite expertise of those who will teach it.

While the Department of Philosophy currently has limited capacity and cannot assist with all the (philosophical) ethics teaching that is being undertaken around the university at present, we are both growing and also willing to do what we can. For example, the Faculty of Commerce is rolling out a requirement for its students to take a new course in business ethics. The course is based in the Department of Philosophy and is co-taught by a member of that department and a philosophically-trained accountant in the Faculty of Commerce.

A member of the Department of Philosophy has co-taught ethics in the MBChB programme for decades. The UCT Bioethics Centre now falls under the joint auspices of the Department of Philosophy and the Faculty of Health Sciences, an arrangement that we hope will formalise and extend a long-standing collaboration. We invite those who are teaching ethics (or who plan to teach ethics, in the relevant sense) in different parts of the university to consult with us. We would like to assist in ensuring appropriate standards of ethics teaching around the university.