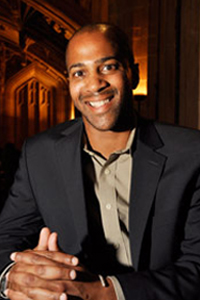 The UCT Centre for Creative Writing scored a trifecta of awards in recent months.

In July, Femi Terry won the prestigious Caine Prize for African Writing, valued at £10 000, for his short story Stick Fighting Days. Terry will be taking a month-long writer's residency at Georgetown University in the US as part of his prize.

"I'm happy that creative writing is doing so well at UCT," said Coovadia. "It's a great centre, in a great city for writers, and like most writers, we get things done on a shoestring."

High Low and In-between also won the 2010 University of Johannesburg Prize for Creative Writing in English, which carries a R60 000 purse.

In September, recent master's graduate Ellen Aaku won the inaugural Penguin Prize for African Writing for her manuscript Patchwork - an honour worth R50 000. Aaku's manuscript was chosen from over 250 entrants from across the continent to be published by Penguin Books South Africa as part of its African Writers Series.

"The most significant lesson I learnt from the course was not to take criticism of my writing personally," said Aaku.

"I'm proud to be a product of UCT's creative writing centre, as it continues to produce writers that go on to pursue successful careers."