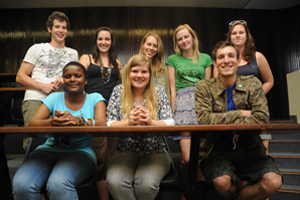 The Green Campus Initiative (GCI), a student-driven environmental society at UCT, has doubled its executive committee to make its work easier and more efficient. At its annual general meeting on 18 October, GCI's formal structure has swelled to nine members.

The group has vowed to strengthen its environmental awareness work inside and outside the university. The organisation was started in 2007 by a handful of students and staff, and has since grown to about 1 500 members. They have extended their work beyond UCT, and formed partnerships with other universities.