SA investment companies not quite green-savvy 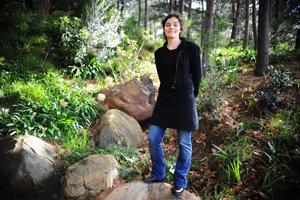 Dr Stephanie Giamporcaro joined the Environmental Policy Research Unit (EPRU), part of the School of Economics, as a Postdoctoral Research Fellow in March 2009. She hails from France, where she headed research into socially responsible investment at Novethic, a Paris-based centre, while pursuing her studies at the University of Paris V, Sorbonne, where she completed her PhD in sociology on responsible investment approaches in France in 2006.

So far the picture is not very promising. In a study published earlier this year, the EPRU found that South African asset management companies are still some way from providing their clients with the kinds of investment products that seriously take environmental issues into account.

Only half of the 22 investment companies that took part in the study showed what the EPRU called 'internal awareness', ie an understanding of and the taking of suitable action to address climate change. In addition, 53% of the respondents suggested that the environment is a concern for the future, and peripheral to its core business.

One gripe that companies have with ERI offerings is that - allegedly - they're not as profitable as their non-ERI counterparts. Not so, says Giamporcaro. "Many of the studies done in Europe and the United States have shown that they perform the same," she points out. "If you are a good asset manager, you will make money with it."

(Giamporcaro is about to embark on similar research that will focus on the private equity/venture capital sector in South Africa.) And if there is a light at the end of the tunnel beyond regulation, it's that on paper at least, most of the respondents are, keen to see an increase in ERI offerings in the industry, and believe that they will one day become commonplace in South Africa.