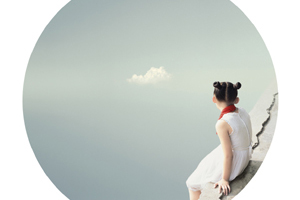 Around the world: One of the images on display is The Cloud by China's Liu Xiaofang.

reGeneration2 - Tomorrow's Photographers Today, on show at the Michaelis Gallery on the Hiddingh Campus until 3 September, has a couple of quirks.

But that may be understandable in an exhibition of works of graduates and students from 48 photography schools around the globe that invites them to explore themes as diverse as the urban environment, globalisation, identity and memory. And allows them to use hybrid techniques to "obscure the distinction between reality and fiction".

As Nadja Daehnke, curator of the Michaelis Galleries, points out, the exhibition, firstly, makes you ponder the concept of original. In this case of reGeneration2 '“ which follows on 2005's regeneration - the works on display in the Michaelis Gallery are not originals, strictly speaking. Instead UCT hosts, the Michaelis School of Fine Arts and the Gordon Institute for Performing and Creative Arts, received the digital versions on disc, and then printed them per instructions from the show's distant curators, William Ewing and Natalie Herschdorfer of Musée de l'Elysée, a Swiss museum dedicated to photography. 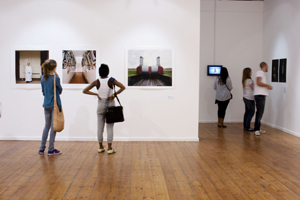 (There were further fun and games dividing the images, with no hierarchy or themes in mind, among the Michaelis Gallery's three studios.)

And then, of course, some of the photographs on display aren't always, well, photographs. Some mix still photography and computer-generated images (CGI), some are pure CGI, and at least one appears to be video. (Or it could be a series of still images spliced together.)

Judge for yourself at the Michaelis Gallery from Tuesdays to Fridays between 10h00 and 15h00, and Saturdays from 10h00 to 12h00.