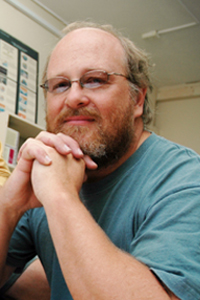 Five UCT researchers - among 12 from South Africa - have been selected to contribute to the Fifth Assessment Report (AR5) of the Intergovernmental Panel on Climate Change (IPCC).

These IPCC assessment reports, plus special reports, technical papers and methodology reports, are touted as standards works of reference for policymakers, scientists, other experts and students. From the nearly 3 000 nominations received from around the globe, the IPCC has selected 831 contributors for the fifth report, which follows on the organisation's 1990, 1995, 2001 and 2007 reports.

The team of climate change experts - meteorologists, physicists, oceanographers, statisticians and social scientists among them - will dedicate almost four years to the three Working Group Reports of the AR5, to be published between 2013 and 2014. These experts will also provide contributions to the Synthesis Report to be published in 2014.

About 30% of the authors hail from developing countries or economies in transition.

The UCT contingent will be made up of Dr Babatunde Abiodun of the Climate Systems Analysis Group (CSAG) and Professor Chris Reason of the Department of Oceanography, lead authors in the report's working group 1 that will look at the physical-science basis; CSAG's Professor Bruce Hewitson (pictured above) and Dr Daithi Stone have been named as, respectively, convening lead author and lead author for working group 2 that will report on impacts, adaptation and vulnerability; while Associate Professor Harald Winkler (pictured below) of the Energy Research Centre will serve as lead author on working group 3, which will focus on the mitigation of climate change. Hewitson and Winkler were also lead authors on the fourth assessment report. 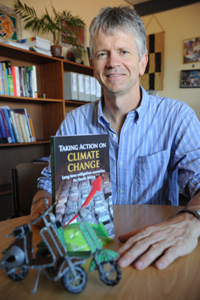 AR5 will be "a bit more" than just a simple update of facts and figures, says Winkler, as it is a full assessment of the literature on climate change. So, for example, the report will pay greater attention to the socio-economic aspects of mitigation and the "pathways of transformation" (which looks at the big rather than the sector-by-sector picture), and a chapter on human settlements will also be included.

And as developing countries - like those in Africa - swell its body of climate-change research and literature, researchers from here will have a greater part to play in the assessment reports, adds Hewitson. Especially as these countries are so prone to the fallout of climate change.

"The centre of gravity in the climate change debate is shifting to include an increasing element on impacts and adaptation," says Hewitson, "and Africa is a particularly vulnerable continent in this regard."