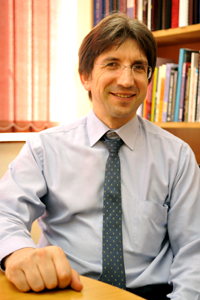 Winning ethics: Professor Dan Stein is the winner of the CINP Ethics Prize in Psychopharmacology.

As the founding editor of Philosophy, Ethics, and Humanities in Medicine, one of the first open-access academic journals in the field, Stein helped encourage interest in this area from readers around the world.

With his colleagues, Stein collected some of the only empirical data available on psychiatric disorders in those who testified before the Truth and Reconciliation Commission (TRC). This work argued that although the TRC may have had certain benefits, it did not mean that provision of clinical care for psychiatric disorders in survivors of gross human rights violations during apartheid could be ignored. Recently, Stein and colleagues published findings from a national survey of attitudes towards the TRC.

"Advocating for equitable resources for psychiatry, whether in services, teaching, or research, is not always a successful process, so this encouragement is welcome," said Stein.