Three teaching collaborations get the nod from CHED 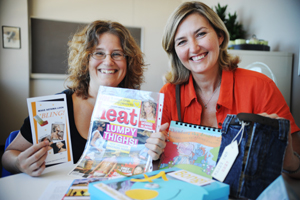 Teaming up to train the next generation of entrepreneurs, to polish medical students' bedside manners and to pass on must-has academic skills to first years has earned three groups the Centre for Higher Education Development's (CHED) 2009 clutch of Collaborative Education-Practice Awards. We take a peek at how these allies pooled their networks, resources and wits to make teaching and learning at UCT that much better.

David Priilaid and Stuart Hendry, School of Management Studies: Students on the Postgraduate Diploma in Entrepreneurship not only have the customary academic regimen of classes and tutorials, but are also expected, in what's known as the diploma's Genesis Project, to start up and run a small business using their wits, creativity and whatever seed capital they can attract. 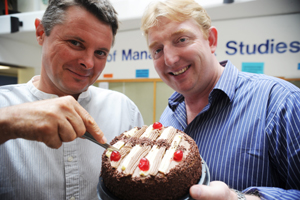 The aim is to create an authentic but forgiving environment in which to learn the hard lessons of entrepreneurship, explains Priilaid. The collaboration comes in when students have to work together, and in the lifeline Priilaid and Hendry sets up for them in the shape of graduates from the programme (some who now run their own businesses) who now act as directors of the student groups. Small business it may be, but the payoff can be generous. In 2009, one group made over R50 000 in profits, a windfall the students pocketed. "It's amazing how students transform," says Priilaid, "from quite young, naive, self-centred individuals into leaders, both of themselves and businesses."

Dr Arlene Archer, Writing Centre, Centre for Higher Education Development (CHED), and Dr Rachel Weiss, Department of Clinical Laboratory Sciences: A medical doctor by training, Weiss became interested in the field of multi-modality - that nuanced interplay between 'texts', be it words, body language, images, even dress - during her master's degree in education with CHED. So when she had to teach fourth-year medical students how to improve on their one-piece-of-advice-fits-all style of communications with their patients, she called on both that knowledge and on former supervisor Archer. Together they came up with the fittingly-named PIL (or patient information leaflet) project, in which students were asked to create pamphlets that would inform, but also overcome language, cultural, educational and other boundaries. "The project is not about producing these awesome pamphlets, it's about getting students to think about people," says Weiss. In response, the students' handiwork was both informative and creative, tackling everything from asthma to safe sex. Archer and Weiss will use part of their award winnings to produce some of these creations for distribution to clinics and the like. 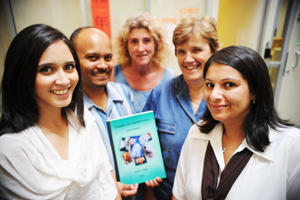 Cathy Hutchings, Gideon Nomdo and Tracey Toefy, Language Development Group, CHED; and Nisreen Narker, School of Economics: The four are the latest protagonists in a 13-year-long collaboration - launched by CHED's Assoc Prof Moragh Paxton - to teach essential academic-literacy skills to students on the School of Economics' first-year extended-curriculum microeconomics course (ECO1110A). The group's modus operandi is to embed academic literacy into the actual programme. "We work from the standpoint that one can only really teach academic literacy adequately if it's contextualised," says Nomdo. The four design the curriculum and assignments together, and in two designated sessions per week, the CHED staff teach language and communications skills and help around 105 first years unpack the course material and assignments. They also work with tutors on how to assess students' writing. The results are palpable, reports Narker. Both the students' grasp of concepts and their writing improve, and by the end of the first semester it's easy to tell who's been on the programme, and who hasn't.